Iran’s President Pleased with Return of Stability to Turkey 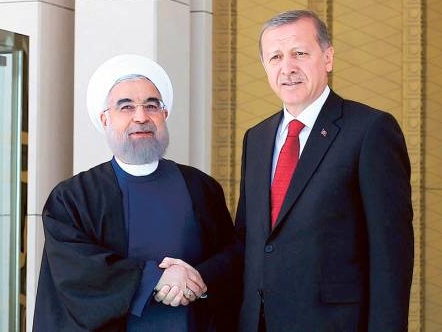 Iranian President Hassan Rouhani hailed the return of stability and security to Turkey after a coup attempt against the Turkish government failed.

According to Rouhani’s Twitter account, the Iranian President had a telephone conversation with his Turkish counterpart, Recep Tayyip Erdogan, on Monday, July 18.

In the phone call, Rouhani voiced satisfaction over the restoration of calm to Turkey after an abortive military coup in the country, Press TV reported.

The Iranian President further pointed to the role of the Turkish people in defending democracy and their elected government, saying, “Fortunately, the Turkish people showed their great political maturity throughout this coup and proved that bullying approaches have no place in our region.”

Iran has been closely following the developments in Turkey, he said, adding that Erdogan’s call on the nation to take to the streets in the early hours of the coup was “reassuring.”

The Iranian President highlighted the importance of Turkey for the Islamic Republic and said, “Turkey’s peace and stability will strengthen peace and stability across the region and we have no doubt that certain major powers as well as terrorists do not want to see stability in Muslim countries.”

He said the recent events in Turkey were “a test” to recognize the country’s domestic and foreign friends and foes.

Calling for a collective campaign in the region against terrorism, the Iranian President urged all regional countries to fight terrorists and eliminate them in order to promote stability and peace across the region.

The Turkish President, for his part, appreciated Rouhani’s phone call and said bullets and tanks may kill people but cannot destroy a nation’s ideals.

Erdogan added that the conditions in Turkey have returned to normal, but “we cannot assume that everything has ended.”

The Turkish President emphasized that his country is ever more determined to continue down its path, saying, “We are resolved to cooperate with Iran and Russia for the settlement of regional issues and increase our efforts to restore peace and stability to the region.”

Prime Minister Binali Yildirim on Monday updated the media on the number of people arrested or killed over the coup attempt, saying that more than 7,500 have been detained since the coup was declared over two days ago.

He also gave a new toll of the victims of the military-led coup attempt, saying 208 people were killed, including 145 civilians, 60 police and three soldiers, adding that 1,491 others were also wounded.