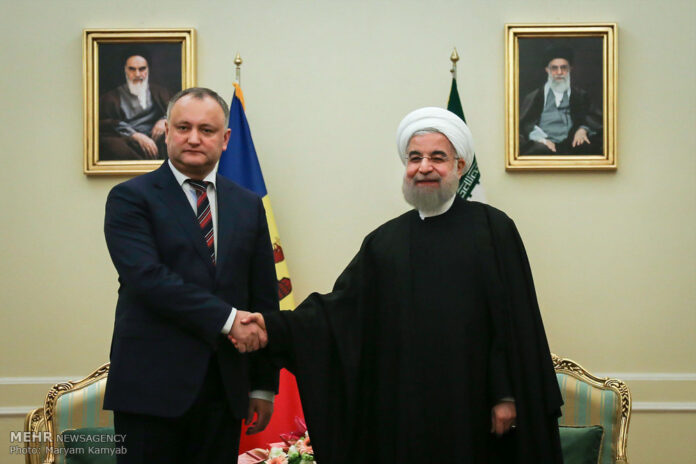 Rouhani and Dodon held a meeting in Tehran during the Moldovan President’s official visit to the Islamic Republic.

Dodon has been in Iran since a few days ago and attended the opening ceremony of the ongoing Women’s World Chess Championship 2017 on Friday as one of the special guests.

Here are photos of Rouhani’s meeting with Dodon: