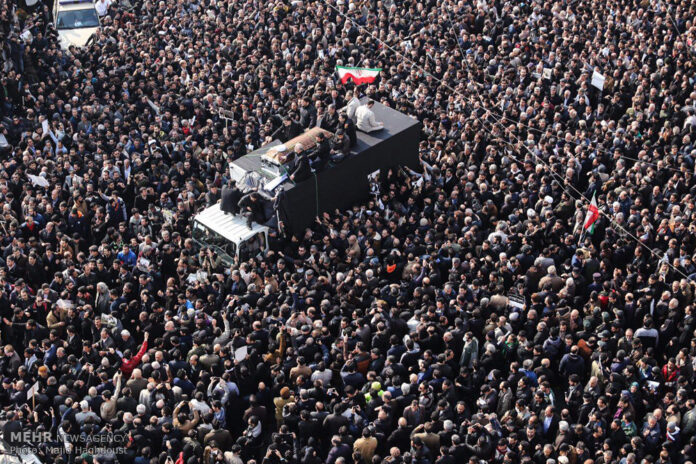 Iranian President Hassan Rouhani referred to the participation of Iranian people from all walks of life in the Tuesday funeral ceremony held for former president Ayatollah Akbar Hashemi Rafsanjani, and said that the opportunity can be tapped for national reconciliation.

“Today, everyone came to say goodbye to that history-maker man. Let’s use this atmosphere for friendship, reconciliation, and national unity, and build bridge instead of wall,” Rouhani said in a post in his Twitter account.

According to a report by IFP, Ayatollah Hashemi Rafsanjani, who had passed away on Sunday after a heart attack, was laid to rest on Tuesday after a funeral attended by millions of Iranians.

On Tuesday morning, Leader of the Islamic Revolution Ayatollah Seyyed Ali Khamenei performed the ritual ‘prayer for the deceased’ (Salat al-Mayyit) in the funeral of Ayatollah Rafsanjani at the University of Tehran.