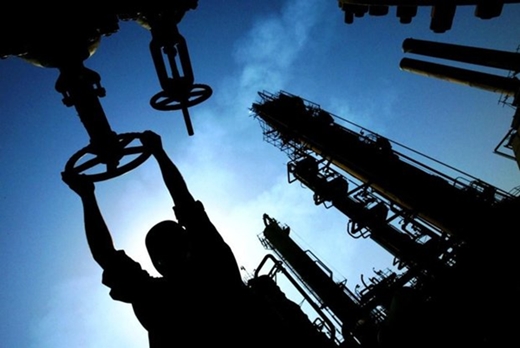 Iran’s oil production had sharply decreased in recent years, due to the sanctions imposed on the country for years, and Tehran is now trying to regain its lost share from the global oil market by boosting its output.
Meanwhile, Iran’s regional rival Saudi Arabia drastically increased its oil supply and even threatened foreign oil tankers in a bid to force Iran into “freezing” its oil production. The finalization of new oil contracts and a growth in Tehran’s oil exports, however, have meant that production continues to increase.
In an article for Mehr News Agency, Mohammad Ali Zamankhani discussed oil competition in the Middle East, and the way Iran countering Saudi Arabia’s plans in this regard.
Here is Zamankhani’s article, translated by IranFrontPage (IFP)

Before the termination of anti-Iran sanctions, based on a nuclear deal implemented in mid-January, Saudi Arabia served as an enforcer for those who had put Iran’s oil industry under sanctions. Now that embargoes are lifted, the Saudis are once again making extensive plans to “freeze” Iran’s oil barrels.

Saudi Arabia threatened oil tankers carrying Iran’s crude oil, but that has not hampered the increase of Iran’s oil exports

However, statistics indicate that within the first two months of the post-sanctions period, while SWIFT restrictions are still in place and there are barriers to the transfer of foreign currencies and the insurance of oil tankers, Iran has raised its crude oil exports by almost 60%.

In the new Iranian calendar year, Iran will export more than 2 million bpd of its crude oil.

Meanwhile, the oil tankers belonging to Iran’s customers in Asia and Europe are also docking and being loaded at Iranian terminals. Since the beginning of the new Iranian calendar year, an average of one oil tanker per day has been filled with Iran’s oil in one of the country’s terminals in Persian Gulf, and has transferred it to target markets.

Two of Saudi Arabia’s plans – including the increase of supply and threatening the oil tankers carrying Iran’s oil – seem to have been ineffective so far, as the amount of Iran’s oil exports has exceeded 500,000 bpd to the EU alone.

Iran is now exporting more than 500,000 bpd of its crude oil to European countries

Seyyed Mohsen Qamsari, the director-general for international affairs at the National Iranian Oil Company (NIOC) declared the signing of new contracts for the export of Iran’s oil to Europe, in an interview with Mehr News Agency.

India, China, Japan, and South Korea should be considered as the four traditional customers of Iran’s crude oil in Asia. Among them, South Korea had the greatest increase in its oil purchases after the recent termination of anti-Iran sanctions, and has somehow outpaced its competitors.

Thanks to the termination of sanctions, Iran’s crude oil exports in February has almost increased by 25%

During the same period of time, India increased its oil imports from Iran by 113,000 bpd and marked the highest amount of crude oil imports within the past two years. South Korea’s refineries also raised their crude oil purchase from Iran by 139,000 bpd.

The interesting point here is that the amount of Iran’s oil exports to China in February 2016 shows only an increase of 6,000 bpd, and the exports to Japanese refineries have even dropped by almost 4,000 bpd due to decreased demand in Japan.

In winter 2015, Saudi Arabia targeted Russia’s oil markets by selling oil to a Swedish refinery. Some market experts believed at that time that Riyadh would prevent the return of Iran’s oil barrels after taking over part of Russia’s share in the European market.

Within the past few months, the National Iranian Oil Company have not only signed contracts for selling oil to France’s Total, Russia’s Lukoil, and Spain’s Cepsa, but has also aimed to finalize new deals for selling the country’s oil to Greece’s Hellenic Petroleum, Switzerland’s Vitol, Italy’s Eni and Saras SpA, Britain’s Shell, Hungary’ MOL, and Turkey’s Tupras.

Once new contracts with Europeans are finalized, Iran will increase its exports to the continent to more than 700,000 bpd.

It is generally predicted that once the new contracts for export of Iran’s crude oil to major European companies are signed, the total exports of Iran’s oil to European countries would exceed 700,000 bpd for the first time ever.