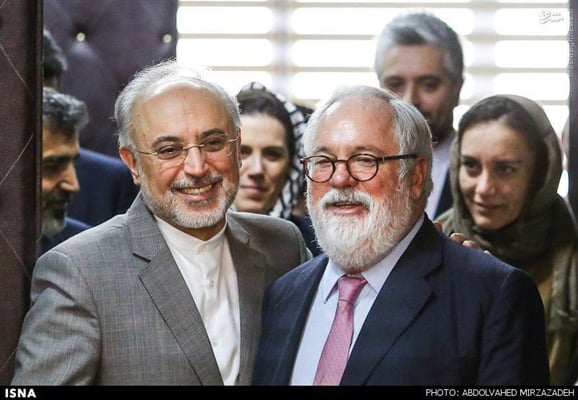 Iran’s nuclear chief says the European Union has promised to make every effort to salvage the 2015 nuclear accord, expressing hope it will honour its pledge to keep a deal that serves the interests of Iran, region and the international community.

Head of Atomic Energy Organization of Iran (AEOI) Ali Akbar Salehi said the EU has pledged to facilitate creation of banking connections between Iran and Europe and replace dollar with Euro in its trade with the Islamic Republic.

Salehi said the EU has also pledged to revive and expand a 1996 regulation adopted by the EU to give Europeans protection against the application of US sanctions at the time, including the Iran and Libya Sanctions Act passed in the same year.

“We cannot be confident unless these promises are honoured. We hope we will see that soon,” Salehi said, speaking to reporters after a meeting with EU Commissioner for Energy and Climate Miguel Arias Canete, IRNA reported.

Salehi said the US pullout was an “unwise” move that once again proved assertions by top Iranian officials that the US cannot be trusted with keeping its words.

“Some did not believe this [assertion] before. But now the whole international community admits this and knows that the US is not a reliable side in international transactions,” he said.

On Tuesday, the EU foreign policy chief Federica Mogherini voiced the bloc’s regrets of the US’ move and reiterated the EU’s determination to keep the nuclear deal in place.

Canete, who arrived in Tehran late on Friday for a two-day visit, aimed to reassure Iran that the 28-nation EU wants to keep trade open despite the US withdrawal from the pact.

During his stay, Cenete will also discuss Iran-EU cooperation on peaceful nuclear energy in the framework of the nuclear deal. 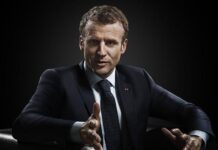