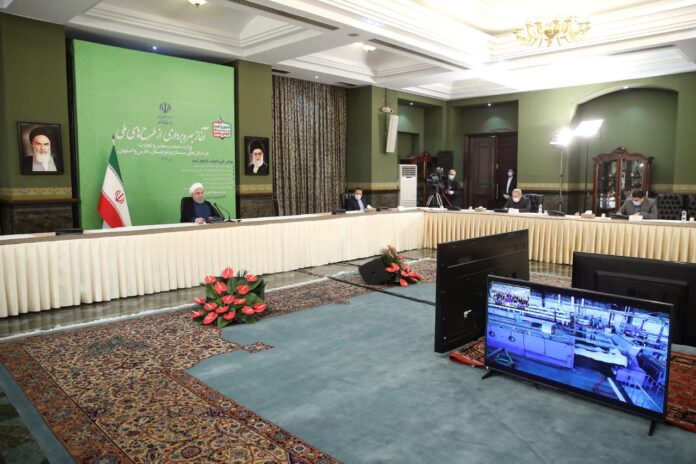 The Iranian president says the country’s non-petroleum exports could touch $41 billion, which would be a surplus to domestic needs.

In comments on Thursday, President Hassan Rouhani further described exporters as “soldiers and commanders at the forefront of the campaign against US terrorism.”

He urged all producers and exporters to redouble their efforts to give fresh impetus to production and exports.

“The enemies, led by the US, seek to create problems for the country with regards to the supply of foreign exchange, but this US conspiracy will be foiled as all of us become active in the production and exports sector,” said the president at a ceremony to inaugurate projects of the Ministry of Industry, Mine and Trade in a number of provinces.

“The inauguration of Rls. 58 trillion worth of projects in a single day indicates the failure of sanctions and certain acts to impede our efforts,” he noted.

“This year, a total of 200 industrial and mineral projects with an overall price tag of Rls. 1,700 trillion will come on line,” he said.

“Despite propaganda campaigns in cyberspace, I’m telling people that through unity, making efforts, consultations and working on the path to production, we can stand up to the enemy well and solve problems,” the president said.