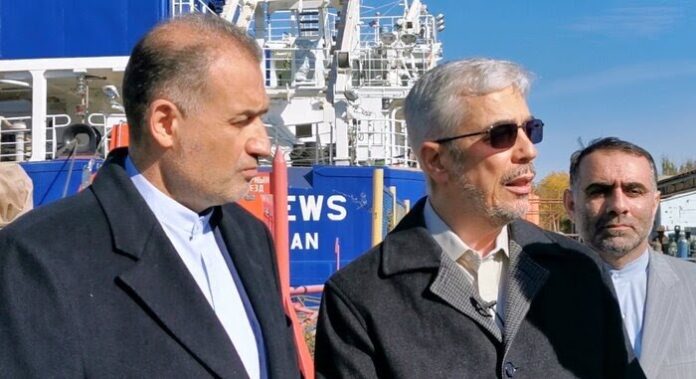 Major General Bagheri first visited the port of Salianka, which is 53% owned by the Islamic Republic of Iran.

In a meeting with the Iranian and Russian managers of the port, he said that after Iran’s accession to the Shanghai Cooperation Organization, trade ties with member states thereof will be expanded, and for this purpose, the development of port infrastructure on both sides of the Caspian Sea is essential.

Major General Bagheri added that Iran’s policy is to expand relations with neighbors, and in this regard, the existence of workforce training centers for shipbuilding and new technologies based on the capabilities of two countries should be taken into consideration.

He also said Iran and Russia should actively cooperate in education and exchange their experiences.

A high-ranking delegation, along with Iran’s ambassador to Moscow, was also accompanying Bagheri during his visits to different places in Russia.

The chairman of Iran’s Joint Chiefs of Staff returned to Tehran Thursday afternoon.

Iran and Russia have boosted their relations in all areas including trade and military. The two countries were key players in the battle against terrorist groups and their defeat in Syria since the war on the Arab country started a decade ago.