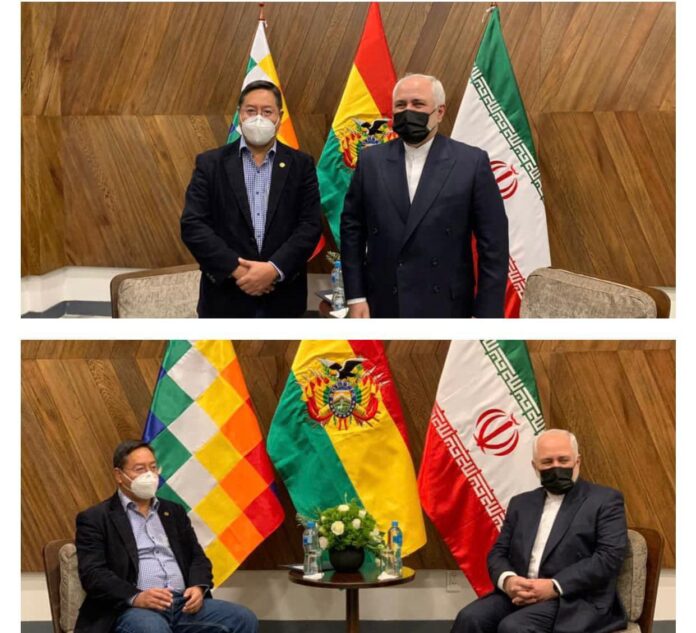 In the meeting, the top Iranian diplomat congratulated Arce on being elected as Bolivia’s new president, saying Iran will firmly stand by the Bolivian government and nation.

Arce, in turn, thanked the Iranian foreign minister for attending his swearing-in ceremony, adding his country seeks to boost ties with Iran.