Iran’s FM wraps up multinational meetings in China, back home 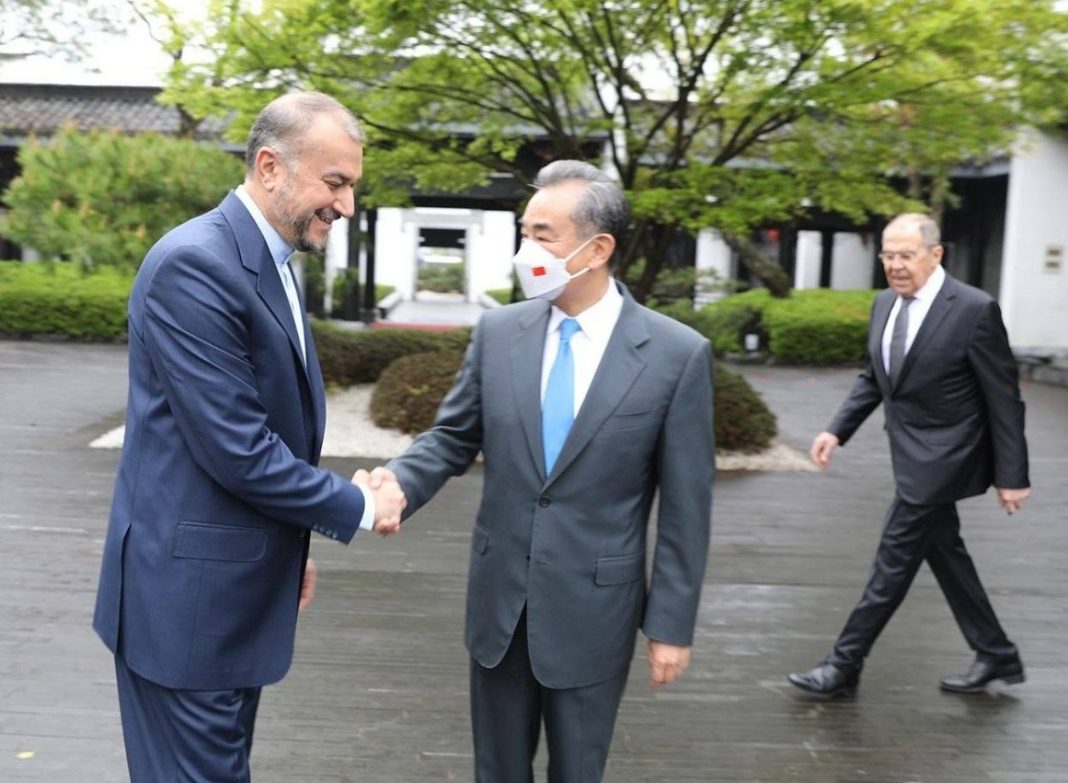 Iranian Foreign Minister Hossein Amir Abdollahian has wrapped up a visit to China, where he attended a meeting of Afghanistan’s neighbors and separately met with a number of his counterparts mainly from Asian countries.

Before returning home on Friday, Amir-Abdollahian attended the third meeting of foreign ministers of Afghanistan’s neighboring countries in Tunxi, China.

During the gathering, the top diplomat called on Afghanistan’s neighbors to join forces and help speed up the reconstruction of the South Asian state, ravaged by two decades of US-led war.

“It is necessary that Afghanistan’s neighbors and friendly countries come up with relevant mechanisms to strengthen cooperation in the reconstruction and development of Afghanistan,” he told the meeting on Thursday.

Amir Abdollahian blamed the problems gripping Afghanistan on “the long-term occupation and misguided policies of the occupiers, mainly the United States.”

On the sidelines, Iran’s chief diplomat met with his opposite numbers from China, Russia, Turkmenistan, Pakistan, Qatar, and Indonesia. He also sat down for talks with Uzbekistan’s deputy prime minister and the Taliban’s caretaker foreign minister.

Besides the Afghanistan crisis, Amir Abdollahian and the senior officials exchanged views on other topics, including the expansion of bilateral ties and major regional developments.

In separate meetings with Wang Yi, the host country’s foreign minister, and Russia’s Foreign Minister Sergei Lavrov, the three states stressed their determination to fight the US sanctions imposed on independent states.