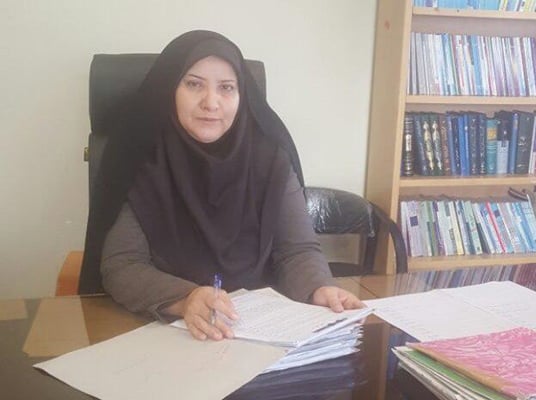 An Iranian woman, who had been appointed as the country’s first female judge, believes that women’s sensitivity can help them in many cases despite the popular belief that women cannot judge because of their sensitive nature.

Mina Torabi, the first female judge in Iran and Lorestan province says the rising trend of women’s working in the judiciary over the past few years has been remarkable, and their sensitivity in dealing with some cases has been useful.

We all have repeatedly heard that women cannot be good judges, and we have sometimes even agreed with it because we believe women are emotional and this may affect their judgment.

Ms Torabi is the first lady appointed as a judge in Lorestan province. She has been working at a court of justice for 23 years and has served in various positions. She has also been the deputy prosecutor of the provincial capital since 2004.

What follows is IFP’s summary of Fars News Agency’s interview with Torabi:

Q: Can women be appointed as a judge? As there is a common belief among people that women cannot be a judge.

A: Yes, they can be appointed at low courts, but not at high courts. In general, judges deal with cases in low and high courts. The initial stages of the case are handled by prosecutors, including the prosecutor and assistant prosecutor, etc. Currently,I am serving in the position of deputy prosecutor and I work as a judge.

Q: What do you think of the sentence that says “judging is not well-matched with the mentality of women?”

A: I do not believe in such a thing. This is the result of cultural weakness in society. What is important in judging is the detection of criminal offenses. Therefore, both men and women can delve into the rulesof law and make the right decision. It is worth noting that in family cases an emotional comprehension can help greatly. In some of the current posts of the judiciary, female judges can play a very effective role.

Q: I read somewhere that you are the first female judge of the country and Lorestan province after the 1979 Revolution. Is that right?

A: Yes, in 1995, after the adoption of the law on recruiting women in the judiciary, I took the entrance test. Along with another womanfrom the north, we passed the test. After six months of training, we beganourjobas the first women in the post-revolution judiciary. Meanwhile, since 2004, I have been working as the deputy prosecutor. No woman had served in this post before me.

Q: Given your long experience in dealing with different cases, what crimes have been on the rise over the recent years?

A: Insults, threats, scams and theft in the cyberspace (among youths) are among the cases seen at courts very often these days. Unfortunately, these crimes are on the rise.

Q: Has there been any casesto emotionally affect you so that you cry for the criminal?

A: We are judges and we have to control our feelings and make wisely decisions. Sometimes, I feel for some defendants, but I have not cried for them because this may change our minds.

Q: What is your best and worst memory of your judging job?

A: I remember a case of murdering a woman by her husband. He had hidden her body in the bed stuff. I was thinking of it for a couple of days. Although it was very difficult for me, many times, I asked for a pardon. Ultimately, the legal guardians of the victim called for Qisas and revenged. A good memory was when a civil dispossession order was issued. The judge had made a mistake and I found it out before the execution. I asked the Supreme Court to drop the ruling, and the Supreme Court accepted.

Q: Would you choose judging again if you return to the past?

A: Of course. Because I feel that the legislator has given me an authority that I canprotect someone’s right. This gives me a pleasant feeling when I defend the right of someone.