Iran’s embassy in Kabul closed due to attacks on missions 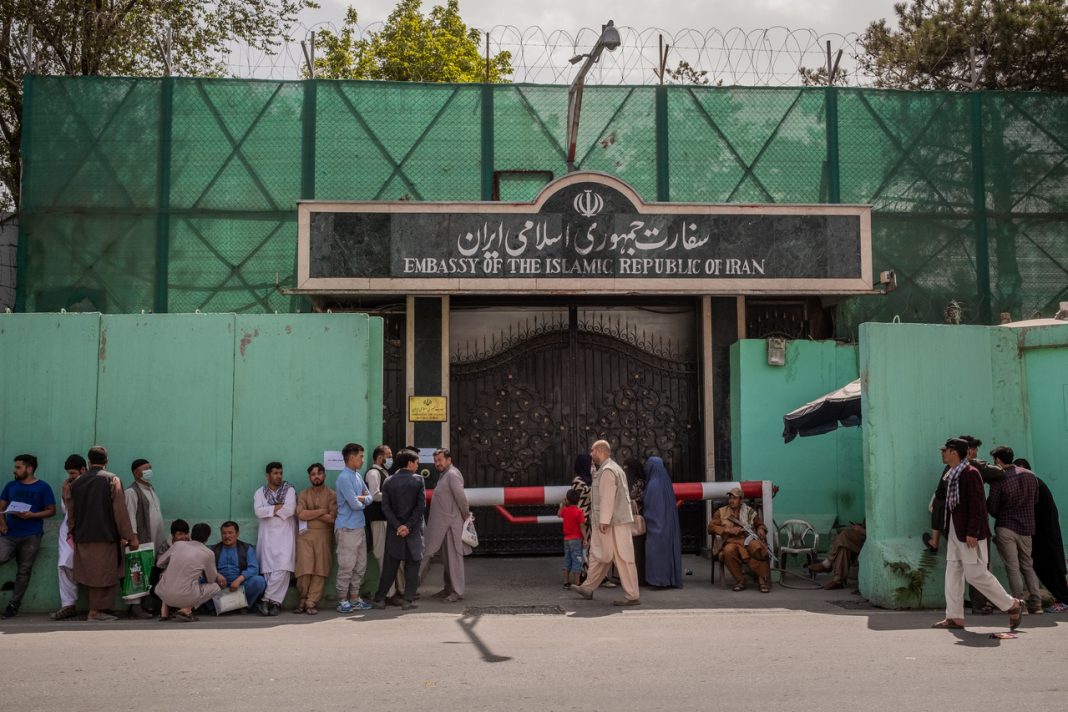 Iran’s embassy in Kabul has been closed in the wake of gatherings in the Afghan capital over alleged mistreatment of Afghan migrants.

“Consular services are not available for security reasons until the end of this week,” The Iranian embassy said.

Iran’s consulate general in the northern Afghan city of Mazar-i-Sharif also issued a statement Tuesday saying its consular and visa services are shut down until further notice over security concerns.

Earlier, Iran summoned the Afghan charge d’affaires to protest over the attacks against its Embassy in Kabul and Consulate General in Heart, which saw mobs hurl stones and other projectiles at the Iranian missions.

During the meeting, the foreign ministry’s director general for South Asia affairs called on the Taliban government to hold the perpetrators to account, stressing that governments are responsible for the protection of diplomatic missions.

The director general also told the envoy that all Iranian consular sections in Afghanistan will remain closed until further notice and “will not resume work until the Afghan foreign ministry provides the necessary assurances on the security of diplomatic missions”.

The Taliban government’s intelligence and culture chief has called the Monday gatherings outside the Iranian missions in Kabul and Heart “arbitrary actions” by unidentified people.

“A number of people acted arbitrarily and held a protest outside the Iranian consulate and the demonstrators were immediately dispersed by the security forces of Afghan Islamic Emirate (Taliban government),” he said in a tweet.

“As the move was quickly brought under control, nothing special happened.”

This comes as mobs attacked the Iranian consulate general in Heart on Monday and set tires on fire outside the mission before shattering its security cameras. Reports say the attackers only dispersed after the Taliban forces and security guards fired shots in the air and Heart’s governor arrived at the scene