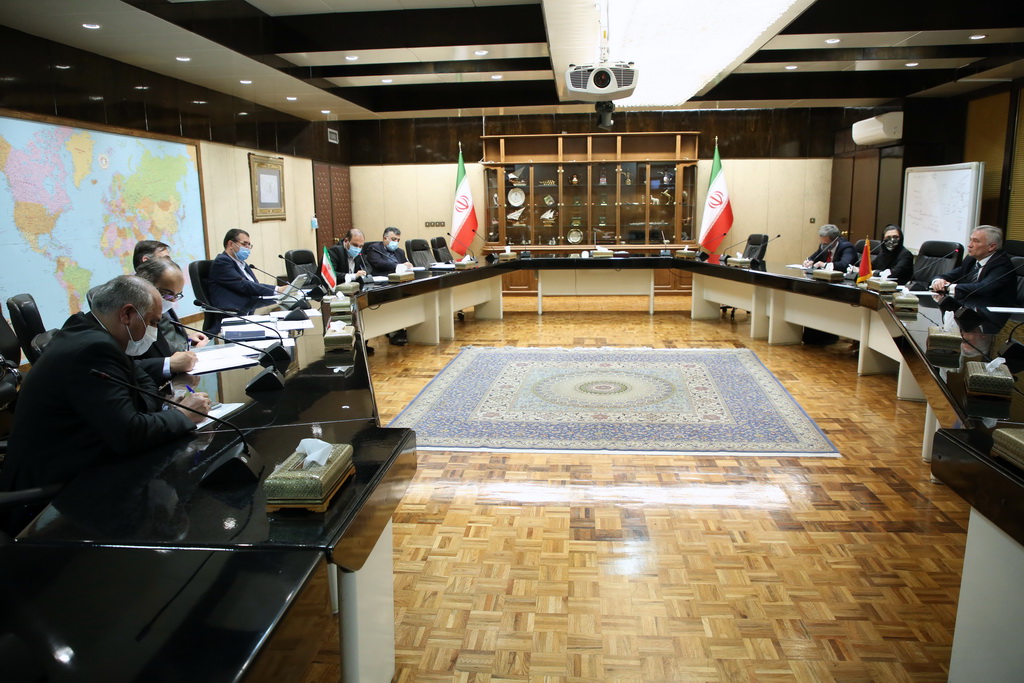 Iran’s trade minister says the country’s membership in the Eurasian Economic Union (EAEU) will be an ideal opportunity for the enhancement of trade cooperation between Iran and Belarus.

Iranian Minister of Industry, Mine and Trade Reza Rahmani said in a meeting with Belarusian Ambassador to Tehran Yuri Ivanovic Lazarcic that the two countries have what it takes to forge closer cooperation.

“The necessary potential exists [to boost ties],” said the minister, adding, “But obstacles to the expansion of relations should be carefully studied and removed.”

“The conclusion of a preferential trade agreement between Iran and EAEU member states sets the stage for the enhancement of trade relations between the two countries, and bigger steps should be taken in that regard,” he said.

“The general policy of the Islamic Republic of Iran on the enhancement of trade and economic ties is to pay due regard to the existing potential with friendly and neighbouring countries as well as increase trade with northern countries,” the minister noted.

He urged both Iran and Belarus to focus on ideal areas for cooperation, and said both sides should take the initiative to create the necessary infrastructure and establish the required principles for closer cooperation.

Elsewhere in his remarks, the minister referred to threats to economic development of countries posed by the coronavirus pandemic.

“We should have precise planning for the post-coronavirus era and forthcoming trade opportunities, and attention should be paid to both sides’ trade privileges in order to increase transactions,” he added.

“To that end, we are prepared to provide the necessary facilities for businessmen and economic players of both sides, so that they will be able to take the necessary measures in more favourable conditions,” he said.

Given the COVID-19 outbreak, he said, Iran stands ready to provide the necessary facilities to hold a meeting of the Iran-Belarus Joint Economic Commission via video conference.

The Belarusian ambassador, in turn, said his country tries its utmost to make the most of the existing opportunities to boost economic cooperation between the two sides.

Yuri Ivanovic Lazarcic said one of his key responsibilities is to work towards development of economic diplomacy between the two countries.

He expressed Minsk’s readiness to hold a meeting of the Iran-Belarus Joint Economic Commission via video conference as well.

He recalled the impact of the coronavirus pandemic on the economic development of many countries. He said the disease has created some problems in trade relations between countries, and added ground should be prepared for further expansion of cooperation.