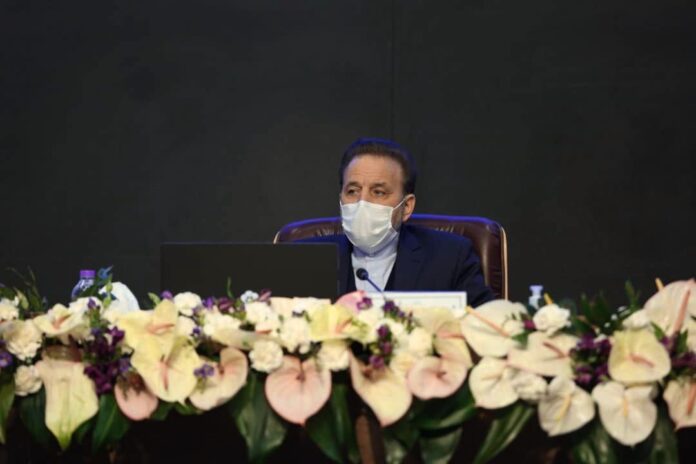 A senior Iranian official says the country proved to the whole world that its nuclear program is peaceful by signing an agreement with the International Atomic Energy Agency (IAEA) during a recent visit to Tehran by IAEA Director General Rafael Mariano Grossi.

Chief of Staff of the president’s office Mahmoud Vaezi underlined that Iran has always complied with the Safeguards Agreement even since before the 2015 nuclear deal, officially known as the Joint Comprehensive Plan of Action (JCPOA), was signed.

“Since before the JCPOA was singed, Iran has been a member of the IAEA and has remained committed to the Safeguards Agreement,” he explained.

“Through the IAEA and by implementing the Safeguards Agreement, we insisted on showing to the world that our nuclear activities are peaceful,” he added.

“The parliament’s law is not saying that we should stop being a member of the IAEA because we have been a member of the agency since before negotiations on the JCPOA started and this monitoring cooperation has always been there,” he said.

He said Iran stopped its voluntary implementation of the Additional Protocol in line with the Parliament’s legislation aimed at getting US sanctions lifted.

However, he stressed, Iran’s cooperation with the IAEA in terms of monitoring has always continued.

“We reviewed this issue and reached agreement with the IAEA,” he said.

“The content of the agreement is crystal clear. During the time Iran has stopped the implementation of the protocols, it will not accept snap inspections at all and will not give permission for inspection,” he said.

“Their (the IAEA’s) access to [monitoring] cameras will be blocked altogether and they will have no access to the tape (footage) at all unless all issues are settled in the future and the other side complies will all of its commitments under the JCPOA,” he said.

As agreed between Iran and the IAEA, Vaezi added, Iran will provide the agency with the footage filmed by monitoring cameras only if the sanctions imposed on Iran by the Trump administration are lifted.