Iran’s Behaviour to Be Commensurate with IAEA’s Approach: Envoy 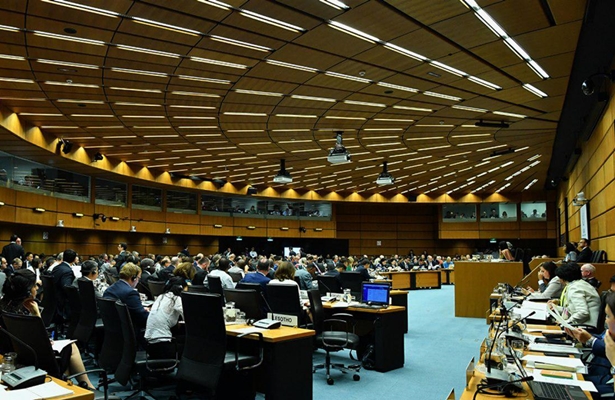 Iran’s ambassador to the International Atomic Energy Agency (IAEA) says the country will regulate its behaviour in proportion to the Agency’s approach.

Kazem Gharibabadi urged the agency not to overstep the provisions of a joint statement between the IAEA and Tehran issued at the end of talks with the IAEA delegation led by its director general Rafael Grossi during his visit to Iran.

“Iran showed its goodwill in its interaction with the new director general of the agency,” said Gahribabadi.

“Should the agency, under any circumstances or pretext, want to trample the terms of this joint agreement underfoot in the future, or fail to act in good faith, as stipulated in the statement, … Iran’s cooperation and engagement with the agency will be affected,” he added.

“We seriously expect the agency’s director general to fully abide by the agreements reached because Iran will not tolerate it if the agency goes beyond them,” he added.
The Iranian ambassador further said Iran is the most important partner of the IAEA and is a country where one-fifth of the agency’s inspections are conducted.

“During his trip which took place on Tuesday and Wednesday, Grossi met with the head of the Atomic Energy Organization of Iran (AEOI), the foreign minister and the president,” he added.

“During these meetings, he heard the same thing from all those he met, [he heard] that the agency should be professional, independent and impartial, that the agency should remain on the watch for the plots hatched by enemies of Iran which themselves refuse to allow IAEA inspections and which are in possession of nuclear weapons,” said Gharibabadi.
“If Iran sees that the agency is acting in good faith, the country is ready to move forward with, and further boost cooperation with the agency within the framework of, and not beyond the law,” he noted.

Gharibabadi underlined that Grossi opted for the path of cooperation, not confrontation, with Iran.

The top Iranian envoy further said Tehran will provide the agency with “voluntary access” to its nuclear sites.

“It means Iran will not work with the agency based on a recent resolution of the [IAEA’s] Board of Governors, which Iran has rejected; rather, Iran will cooperate of its own volition,” he added.

He said Iran made it clear to the vising IAEA delegation that any political move at the IAEA’s Board of Governors will impede cooperation with the agency.