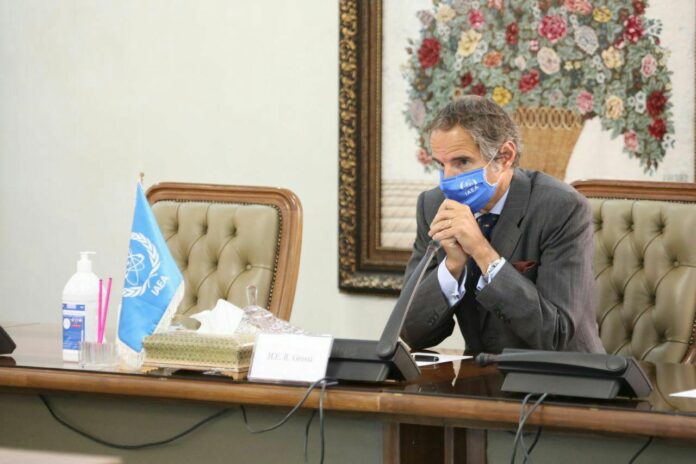 The director general of the International Atomic Energy Agency says the IAEA will not succumb to outside pressure over Iran.

Rafael Mariano Grossi made the comment in a joint press conference, in Tehran, with Head of the Atomic Energy Organization of Iran (AEOI) Ali-Akbar Slahehi.

“The IAEA is not swayed by any third party, but naturally there is some pressure which the agency will not bow to,” said the visiting IAEA chief.

He said there has been no negative change in relations between the IAEA and Tehran, and the agency’s approach vis-à-vis Iran has not changed at all.

However, the IAEA director underlined that there have always been technical questions over IAEA-Tehran relations for further transparency.

Grossi reiterated that he will not allow certain elements to take advantage of the agency to achieve their own objectives.

He said Iran is one of the locations where numerous inspections have been carried out; nevertheless, he added, there are cases which need clarification.

The IAEA director said the agency and Iran have constructive cooperation.

He said all reports published by the agency are systematic and released with special sensitivity.

Slaehi, for his part, weighed in on the relationship between Iran and the IAEA.

“A new chapter has opened between Iran and the International Atomic Energy Agency,” he said.

Salehi expressed hope Grossi’s visit to Iran will be fruitful.

“With this trip, our cooperation will further expand. I hope the outcome of this visit will please both sides, so much so that the two sides will fulfill their responsibilities, with the the agency acting in accordance with the [IAEA’s] Statute and the Islamic Republic of Iran in line with the Safeguards Agreement and the Additional Protocol,” Salehi said.

He described his talks with Grossi as “very constructive.”

“It was decided that the agency move forward with its work professionally and independently, and Iran, too, act within the framework of its obligations,” said the AEOI director.