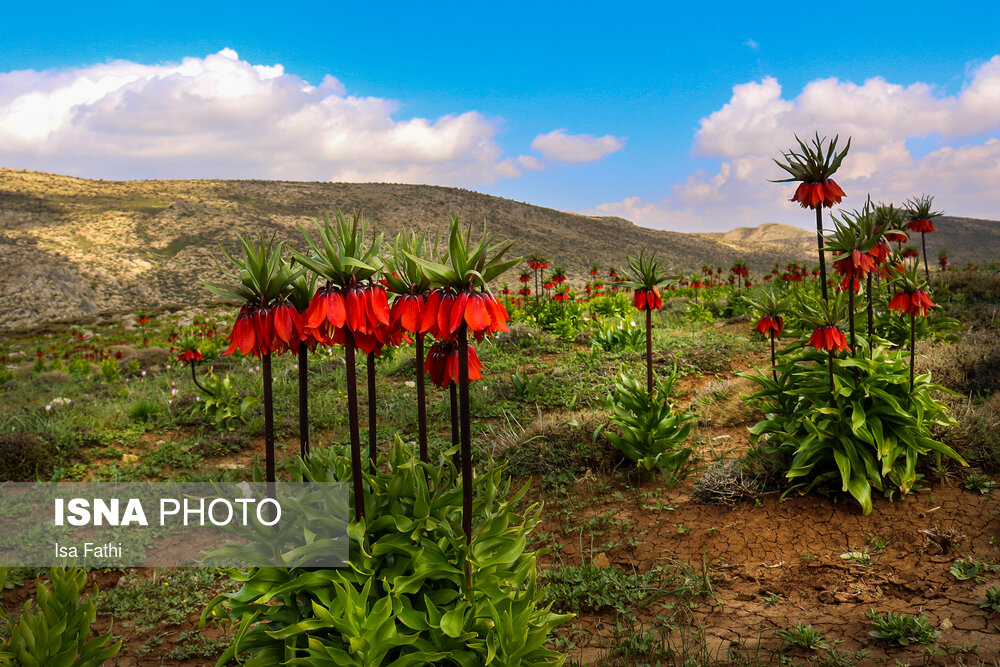 Mourpiseh plain in Kohgiluyeh and Boyer-Ahmad province, west-central Iran, is one of the main regions where the upside-down tulips grow.

The plain is located near Kakan village of Boyer-Ahamd county, 45 km from Yasuj city.

According to botanists, the upside-down tulip is an extremely endangered plant species, as its number and habitat areas have considerably reduced. The uncontrollable harvest of the flower and its bulb, as well as the attempt of some people to dig up its bushes, are the main reasons that increasingly put the flower in the danger of extinction.

That said, in order to not become extinct, the species needs special care from the officials and people.

What follows are ISNA’s photos of the upside-down tulips of Mourpiseh plain: