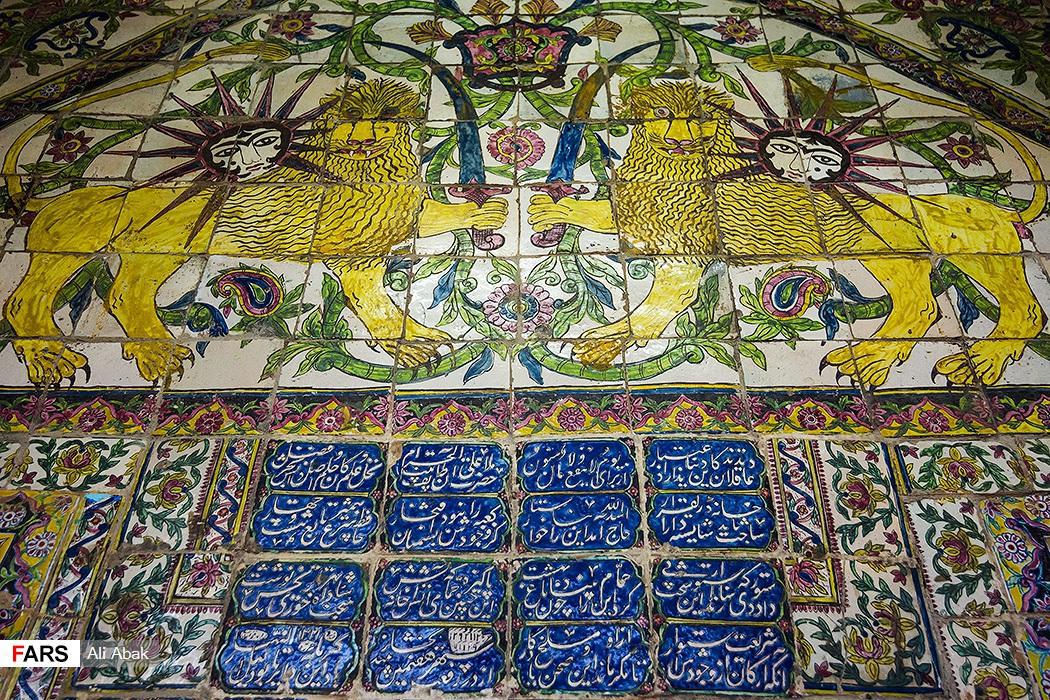 The Pahneh Bath, or the Hazrat Bath, is among popular historical sites of the central province of Semnan, luring thousands of domestic and foreign tourists each year.

Dating back to 600 years ago, the bath has been built on a 1000 square meters area. Today, the bath has turned into an ethnography museum.

Pahneh Bath enjoys some unique tiling. Its entrance is decorated with a stone inscription made up of 8 ultramarine tiles with a Persian calligraphy of poem by Iran’s legendary poet, Hafiz.

The ancient bath includes various sections including the entrance (an area for waiting to enter the bath), the locker room and cold and hot bathtubs. Like any other bath, Pahneh Bath has two separate entrances for men and women.

Some scholars including Mohammad Hassan Khan Sani’oddoleh, a leading historian from the Qajar era, believe the inscription above the entrance of the bath has been made during the Teymourian era. The bath was active in the Safavid era. According to studies, even some Qajari kings have used the bath. Notably, Mozaffar ad-Din Shah Qajar has issued an official order to repair the bath.

Over the past century, the bath has been repaired and reconstructed several times. It was registered as Iran’s national heritage in 1976.

The bath was turned into an ethnography museum after major reconstruction efforts from 1986 to 1994.

Below, you can watch a series of photos of the historical site published by Fars News Agency: