Golestan Forest, the oldest registered national park of Iran and a unique wildlife sanctuary, is located in the country’s northeast.

The forest is a protected area in the east of Golestan province and the west of North Khorasan province.

It accommodates 1,350 plant species and 302 animal species, including half of Iran’s mammals, in an area of 900 square kilometres.

The UNESCO has registered Golestan national park in its list of World Heritage Sites as a biosphere reserve.

The national park is especially known for its large population of Urial. The population of these animals was estimated to be about 150,000 in 1970s; in other words, about a quarter of their total population in the world.

What follows are YJC’s photos of Golestan Forest: 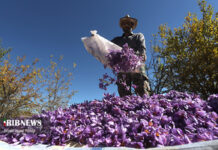