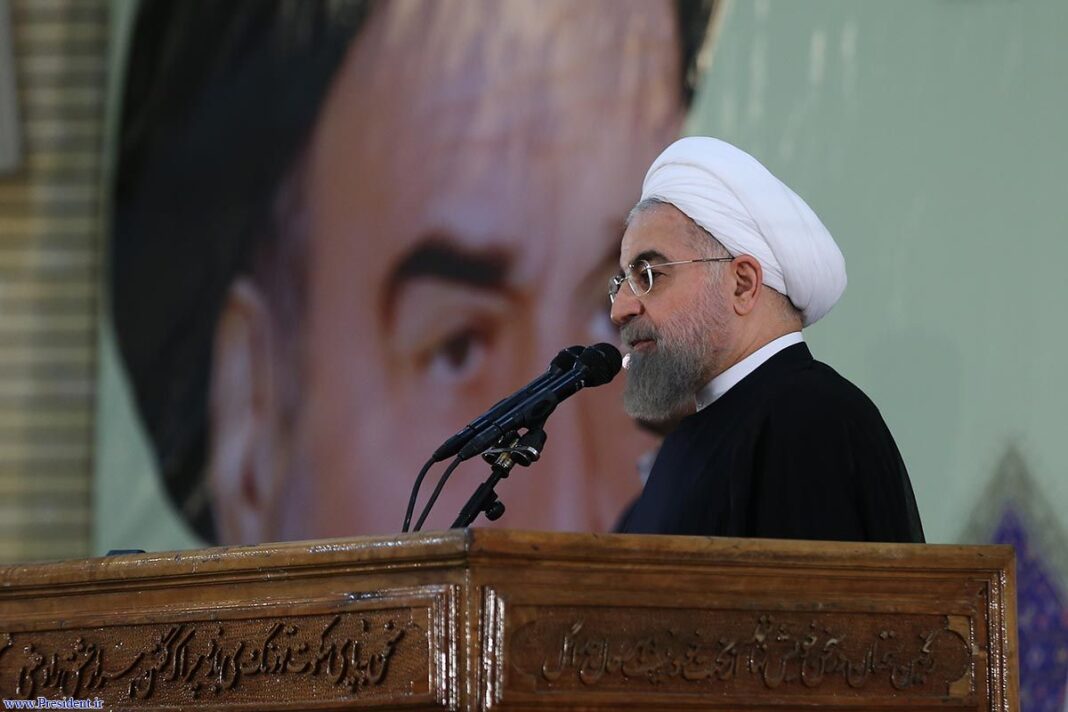 The Iranian nation is helping the people of Iraq, Syria, Lebanon, Yemen and other regional nations in their fight against terrorism, violence and extremism, the president said.

President Hassan Rouhani said Wednesday that Iranians are determined to defy unjust pressures, smash sanctions and foil the plots hatched against their country.

Addressing a large gathering to mark the demise anniversary of the founder of the Islamic Republic Ayatollah Seyyed Ruhollah Khomeini at his mausoleum, the president praised the leadership and statesmanship of late Imam Khomeini in leading the Islamic Revolution to victory in 1979, and said, ‘Imam Khomeini’s message resonates in our people’s mind, enabling us to stand against the plots hatched by major powers in the region.’

Iran has not only resisted and secured peace inside the country, Rouhani added, it has also assisted regional nations and will continue doing so.

‘The Iranian nation is helping the peoples of Iraq, Syria, Lebanon, Yemen and other regional nations in their fight against terrorism, violence and extremism. Relying on Almighty Allah’s power, we can ultimately defeat these machinations.’

President Rouhani also criticized certain governments in the region which he said are misusing their natural resources and purchasing arms to use against oppressed nations such as the Yemeni people.

Referring to the sharp drop in crude oil prices from 120 dollars per barrel to 40-50 dollars, he said Iranians have proved successful in the face of challenges over the past 36 years.