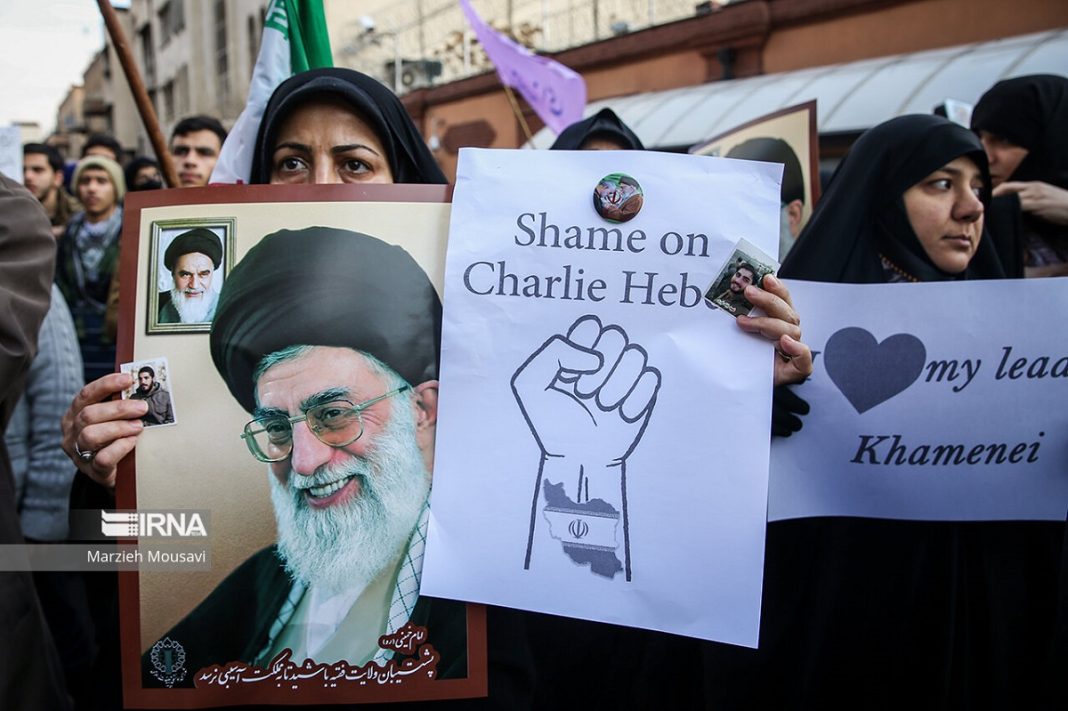 A group of Iranians have gathered outside the French Embassy in Tehran in protest against the recent insulting cartoons published by French magazine Charlie Hebdo.

The protesters included students and ordinary citizens. They shouted chants against France and called on the country to give up hostility toward Iran.

The Iranian Foreign Ministry has strongly condemned Charlie Hebdo’s cartoons, saying they were sacrilegious and desecrated the marjaeiya and Islamic sanctities.

France claims it cannot prevent Charlie Hebdo from publishing such cartoons because the magazine has a right to freedom of speech. Iran has rejected the claim, saying pro-Zionist lobbies are behind such moves.

This is not the first time Charlie Hebdo publishes profane cartoons. The magazine has repeatedly put out cartoons of the Prophet Muhammad (Peace Be Upon Him), drawing angry condemnations from Muslims worldwide.