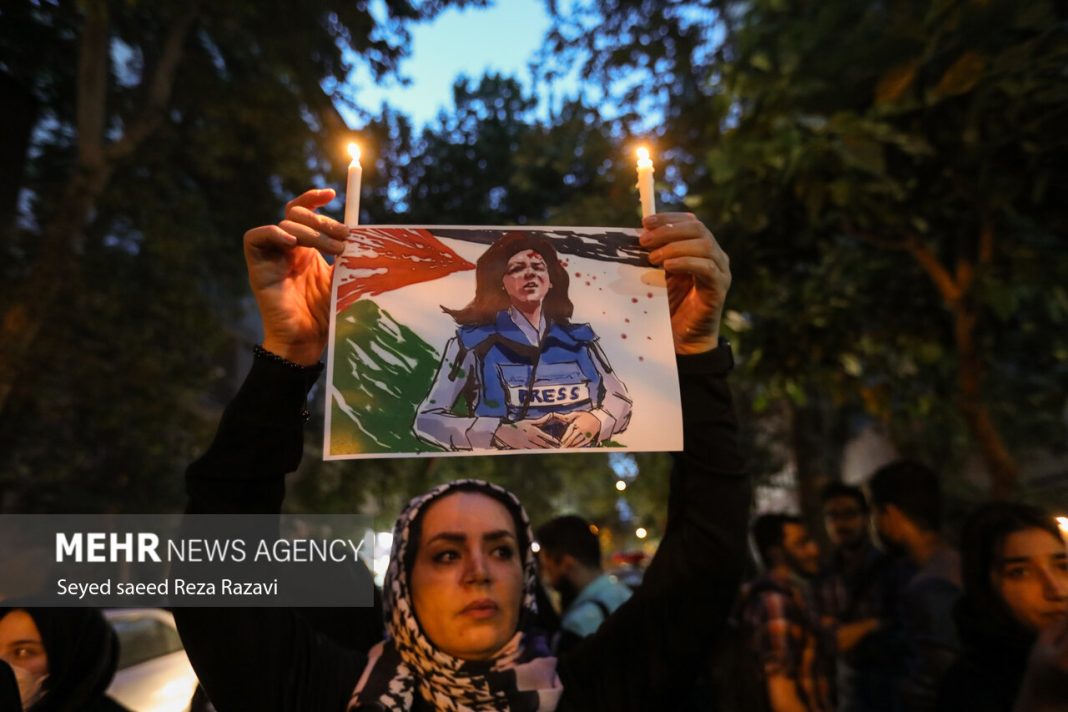 A group of Iranian people and media workers have held a gathering in Tehran against the Israeli military’s cold-blooded murder of a veteran Al Jazeera reporter who long covered the regime’s atrocities in the occupied territories.

The demonstrators held a vigil outside the Embassy of Palestine in the Iranian capital on Thursday evening to voice their solidarity with the oppressed Palestinian nation in the wake of the assassination of Shireen Abu Akleh in the occupied West Bank.

The participants carried Palestinian flags and pictures of the slain reporter.

Abu Akleh was shot dead by Israeli forces while she was covering an Israeli military raid in the West Bank city of Jenin early on Wednesday.

She was clearly wearing a press jacket that identified her.

Abu Akleh’s killing has sent shockwaves throughout Palestine and the Muslim world and sparked new criticism of Israel’s systematic targeting of journalists.

A state funeral was held for the slain reporter in Ramallah, with the participation of thousands of Palestinians. Her burial ceremony took place on Friday at the Old City of occupied East al-Quds.