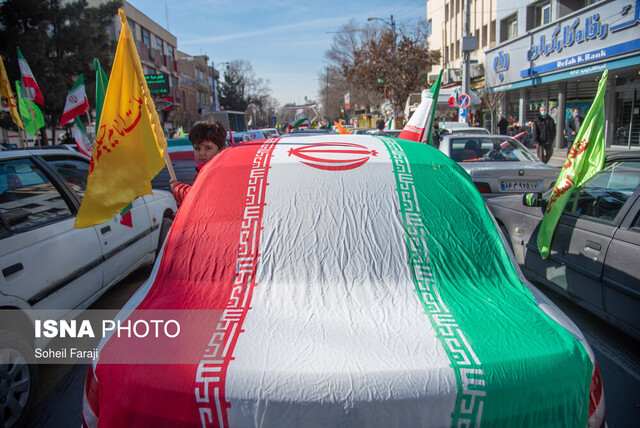 Millions of Iranians are out on the streets across the country to mark the 43rd anniversary of the Islamic Revolution, which overthrew the US-backed Pahlavi regime, the country’s last monarchy.

The mass rallies began at 09:30 a.m. local time on Friday in Tehran and other cities countrywide, with hundreds of journalists, including those with foreign media, covering the celebrations.

There are, however, restrictions in place for the rallies being held in the capital and other cities classified as “red” on the country’s color-coded COVID-19 map.

In those cities, people join the demonstrations on wheels, with cars, motorcycles and bicycles instead of traditional marches.

In Tehran, processions of cars and other vehicles started out from 12 different points, driving through the streets to circle the capital’s iconic Azadi Square, the traditional place of gatherings for anniversaries.

President Ebrahim Raeisi will deliver a speech from the venue of Friday prayers in Tehran.

The participants in the rallies will also issue a final communiqué at the end of the demonstrations.

The 1979 Islamic Revolution put an end to over two millennia of monarchy in Iran and established a new political system: A republic based on both Islamic values and democracy.

Annually, the celebrations, known as the Ten-Day Dawn, start on February 1, the anniversary of the day when Imam Khomeini, the late founder of the Islamic Republic, returned home after 15 years in exile.

Imam Khomeini’s arrival intensified months of popular protests against the Pahlavi regime and culminated in the downfall of the dynasty 10 days later on February 11.