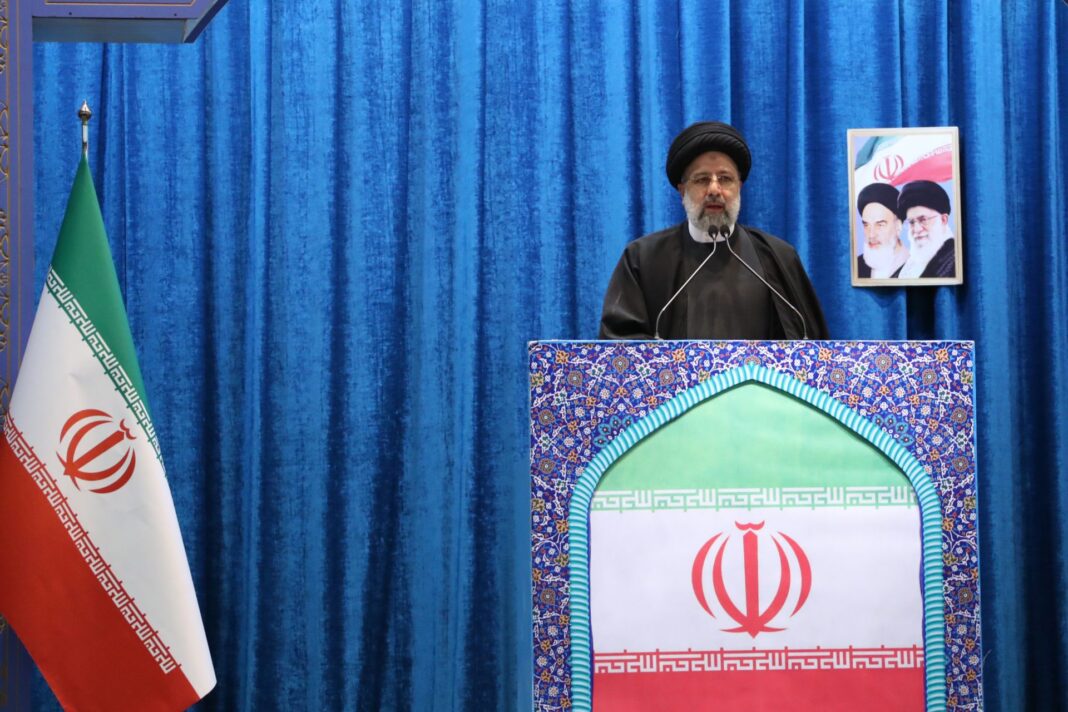 Iran’s President Ebrahim Raisi reaffirms that the administration under his watch pursues a “balanced” policy in foreign relations, and that it never pins any hopes on the US and the outcome of the Vienna talks in running state affairs.

Raisi delivered a speech ahead of Friday prayers to mark the 43rd anniversary of the 1979 Islamic Revolution, as mass rallies were underway countrywide to celebrate the occasion.

He said the ‘Look to the West’ policy pursued by former administrations had “rendered the country unbalanced.”

“We should take note of all countries and the capacities existing in the neighbors. We have faith in God, in Khuzestan, Khorasan, Azarbaijan, and the country’s east, west, north and south,” he said. “We never pin hopes on Vienna and New York.”

His administration, he said, is becoming more and more hopeful of the future in the light of the numerous capabilities and capacities existing inside the country.

Raisi praised the Iranian nation for having stood firm by the mottos of the 1979 Islamic Revolution, unlike what happened in other revolutions and uprisings worldwide, where initial mottos and principles gradually faded into oblivion.

“In [the case of] the Islamic Republic, the slogans still live on. If ‘independence’ and ‘freedom’ were called for back then, those slogans continue to be emphasized to this day,” he said.

“We neither accept oppression, nor do we give up on our independence, nor do we accept to oppress anyone across the globe. These are among the principles of the Islamic Revolution, which are still in place.”

The president enumerated the unique characteristics of the Islamic Revolution rooted in the school of thought of Imam Khomeini, who led the uprising to victory and founded the Islamic Republic.

“Everyone knows and acknowledges that Iran is the primary decider in the region, speaks its opinion independently at political and international bodies, and always stands on its own feet,” Raisi said.

The president stressed, however, that the country should work to develop a strong “economic independence” in harmony with its political self-determination.

“There is a long road ahead and all capacities are ready” to be employed to achieve that objective, he said.

“Having expectations from foreigners, who do nothing for us, has created some problems,” he said, expressing hope, however, that “great steps” will be taken by the administration, in cooperation with the nation, to realize Resistance Economy.

Raisi called on all Iranians to stand united behind the country and the Islamic establishment, as advised by Leader of the Islamic Revolution Ayatollah Seyyed Ali Khamenei, so that Iran can make further progress and grow stronger.