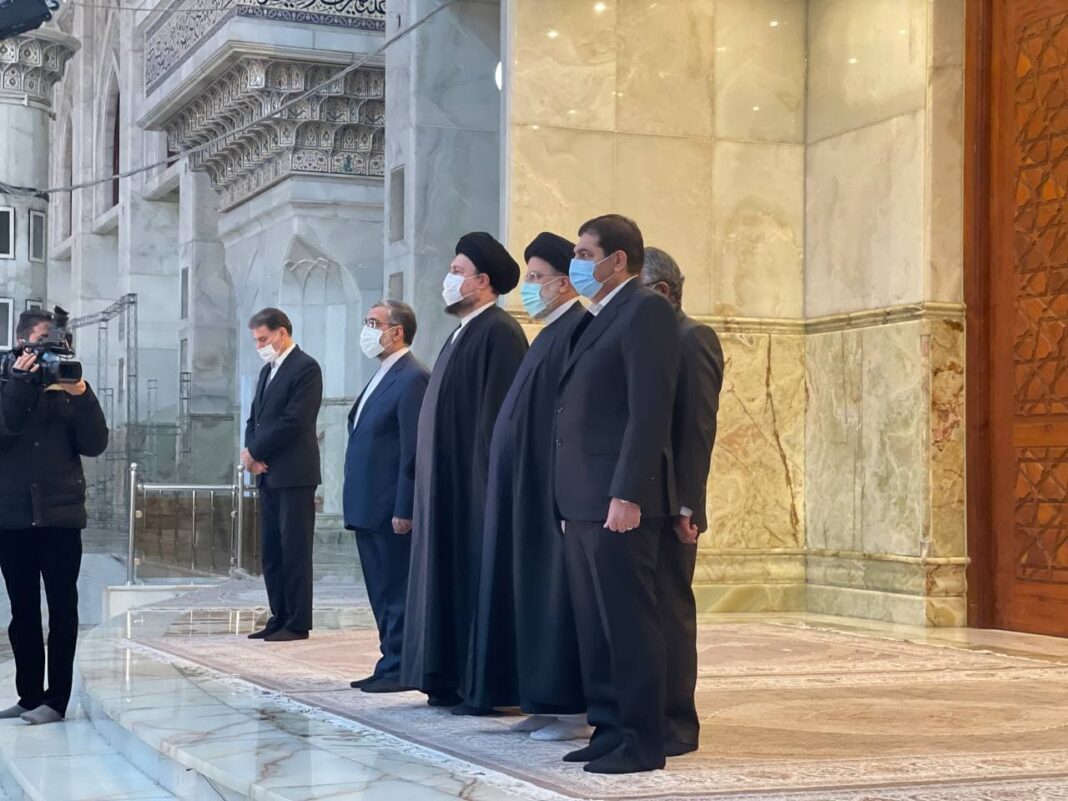 President Ebrahim Raisi and his administration have paid tribute to the late founder of the Islamic Republic, Imam Khomeini, as Iranians mark the 43rd anniversary of the Islamic Revolution, which toppled the US-backed Pahlavi monarchy.

Raisi and his cabinet ministers visited Imam Khomeini’s mausoleum, south of Tehran, on Wednesday to renew their allegiance to the ideals of the iconic religious-political leader, who successfully guided Iran’s years-long uprising against Pahlavi to victory in 1979.

Delivering a speech at the site, the president praised the nation’s firm resistance against America’s pressure tactics over the past four decades.

“Today, the nation’s maximum resistance against seditious plots and sanctions has paid off and [America’s] maximum pressure has faced a humiliating defeat,” he said.

He said the country should learn the lesson from Imam Khomeini’s political school of thought that people have a significant role in the nation’s development.

Imam Khomeini, he added, had faith in people and their participation in state affairs.

Whenever the people stepped in a field, the country achieved a victory, the president said.

Raisi warned that enemies are making attempts to prevent any religion-oriented system from growing.

Iran on Tuesday began celebrations to commemorate the 43rd anniversary of the Islamic Revolution.

The festivities, known as the Ten-Day Dawn, started with marking the return to Iran of Imam Khomeini after 15 years in exile. The festivities usually culminate in nationwide mass rallies on February 11, the Islamic Revolution’s anniversary.

Since the outbreak of COVID-19, however, the ceremonies have been held under restrictions against the highly-infectious coronavirus.