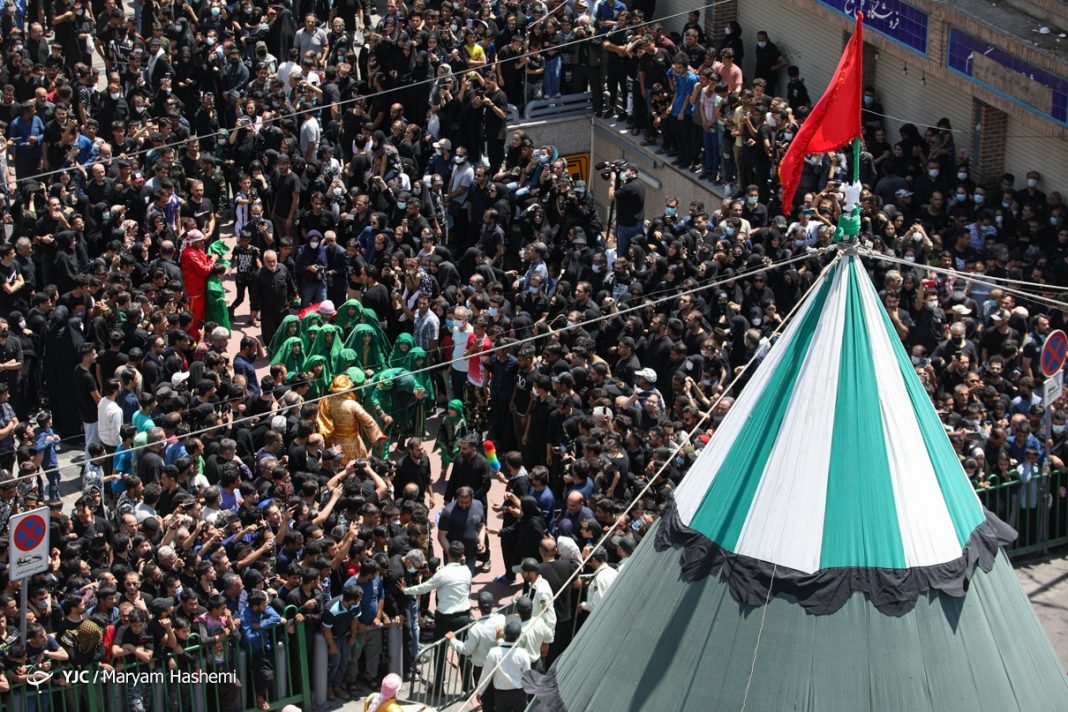 Millions of black-clad Iranians across the country, like other Shia Muslims worldwide, marked Ashura on Monday, the martyrdom anniversary of the third Shia Imam and the Prophet’s grandson, Imam Hussein (peace be upon him).

Imam Hussein and 72 of his companions were martyred in 680 AD, on the 10th day of the first lunar month of Muharram in the plain of Karbala, today’s Iraq, in a battle against the thousands-strong army of the then ruler Yazid I.

The rituals have lived on for over 14 centuries to get across the message of courage and fight against oppression, injustice, and tyranny to the next generations.

Iranians across the country mark the tragic event with elegies and Tazieh, musical re-enactment of the battle in Karbala, and commemorate Ashura, the culmination of the ten-day procession.

As part of the rituals they hand out votive food and drinks, called Nazri, to the mourners and the needy. 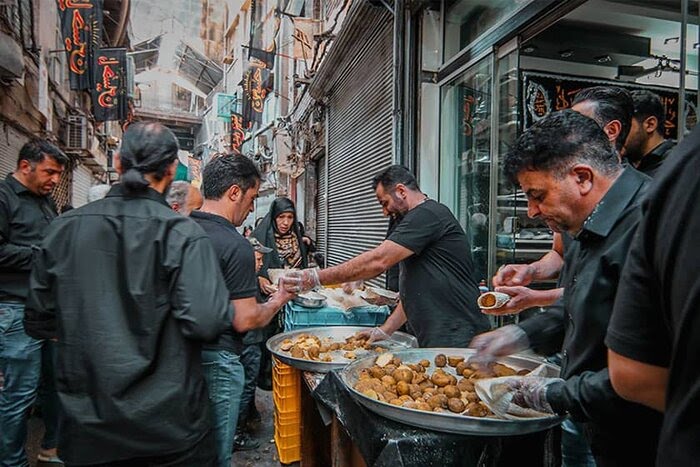 Leader of the Islamic Revolution Ayatollah Seyyed Ali Khamenei attended the mourning ceremony on the eve of Ashura on Sunday without participation of mourners due to a new surge in the coronavirus in Iran.

The Iranian health ministry had already advised mourners to wear masks during the ceremonies and observe social distancing protocols to prevent the spread of the virus.

In the holy city of Qom in southern Tehran, mourners grieved for Imam Hussein in mosques across the city, most notably in the nearby Jamkaran Mosque as well as Hazrat Fatemeh Masumeh’s shrine, the sister of Imam Reza,  the eighth Shia Imam.

Imam Reza’s holy shrine in northeastern city of Mashhad was densely packed with mourners from all across Iran.