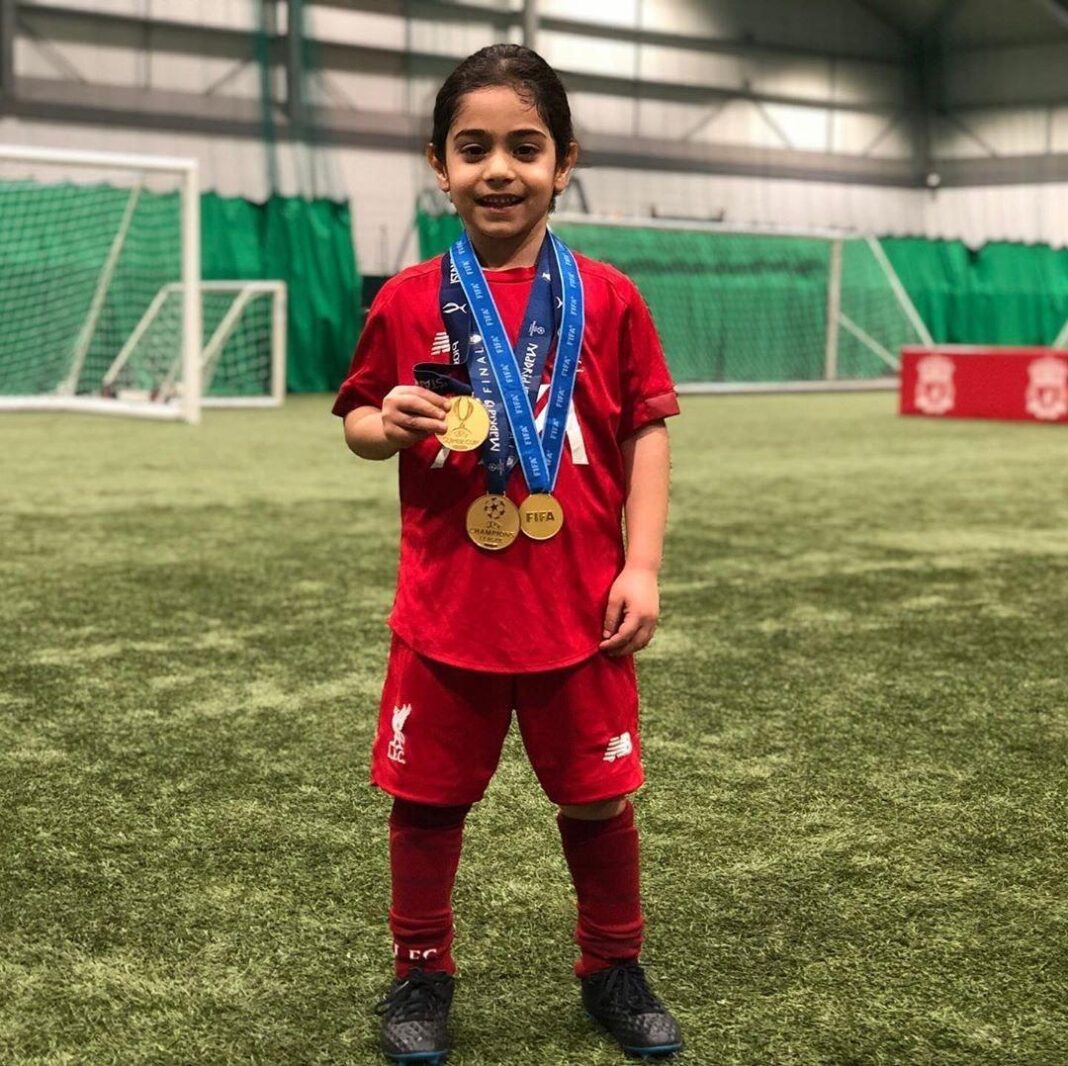 Arat Hosseini, an Iranian boy with an inborn football talent developed with the help of his father, has turned into a famous figure admired by many people around the world.

Six-year-old Arat, who was born in northern Iran but now lives in Liverpool, has become an internet sensation due to a series of videos highlighting his incredible skills.

“After realizing my son’s talents, at the suggestion of those around me, I opened a page on Instagram, which was extraordinarily welcomed not only in Iran but also abroad,” says his father.

According to Arat’s father, when his son was 13 months old, foreign countries offered him to immigrate from Iran, but he refused at the time, and continued to train his son in the country.
Day after day, new dimensions of this genius boy’s talent surprised everyone.
Finally, after a lot of efforts he immigrated to England with his family in 2019 and could attract a lot of attention there.

The Iranian boy, now six, is living in Liverpool with his father and has turned into a football star.
Recently, a video of Arat’s freestyle and bicycle kicks was uploaded on his Instagram page, receiving a lot of attention.

In this video, Arat Hosseini addresses Lionel Messi, the prominent Barcelona player, and expresses his love for him.

Lionel Messi also left a comment for him and thanked him. Now, FIFA’s Twitter page has re-released the video of Arat.

Arat’s moves had earlier been widely broadcasted on media outlets such as ESPN and 433. 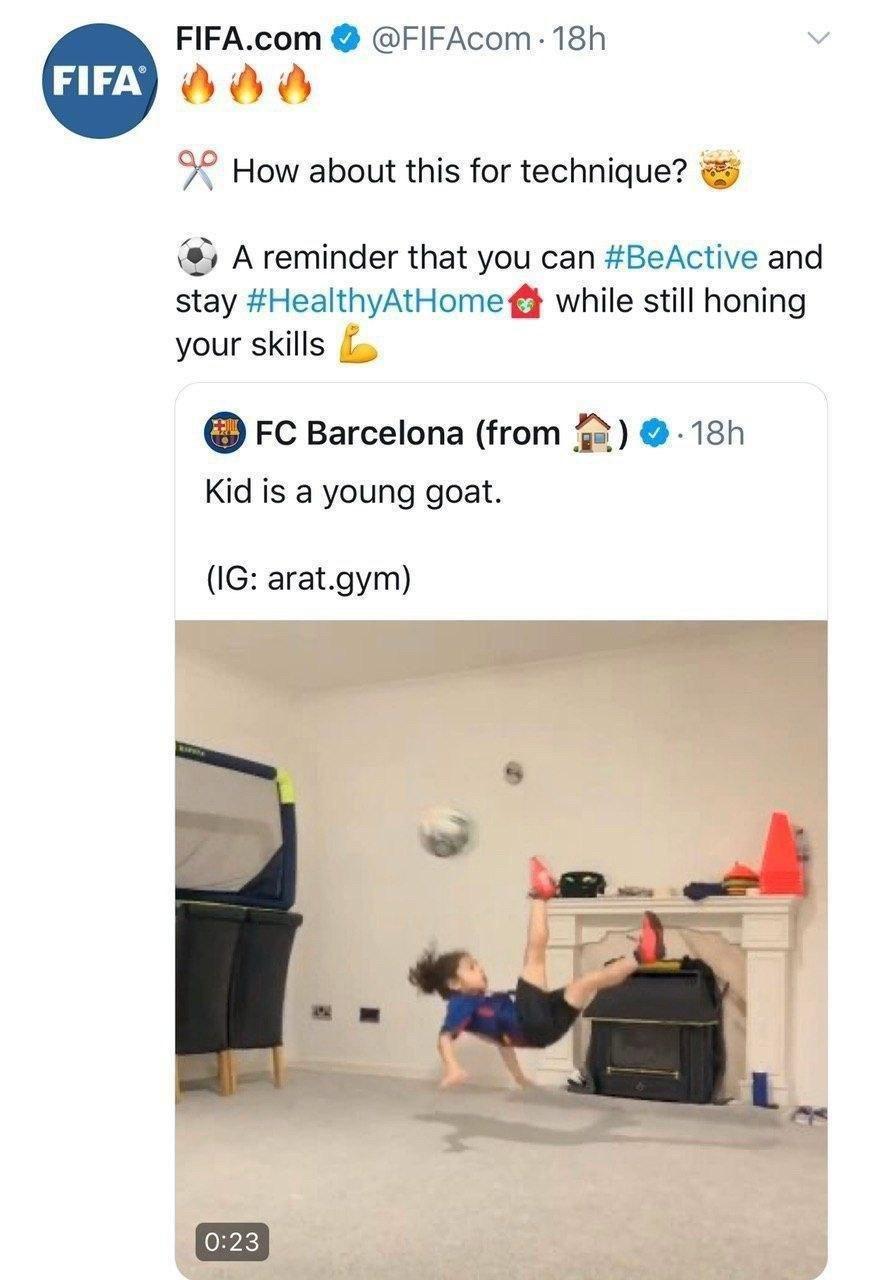 Arat is currently training at Liverpool Academy. In an interview with Varzesh 3, Arat’s father describes the latest situation of his child prodigy in England.

“One of the authorities of Liverpool club was surprised to see Arat and his talent. After that, preparations were made for Arat to join the Liverpool Academy,” Mohammad said.

Arat is training at the Liverpool academy, but due to the problems that clubs face in signing professional contracts with players at a young age, Liverpool cannot officially sign the Iranian boy at the moment.

“We have no intention of returning to Iran. We wanted to travel to Iran for a few weeks for the holidays, but it was not possible due to the cancellation of flights after the outbreak of the coronavirus.” 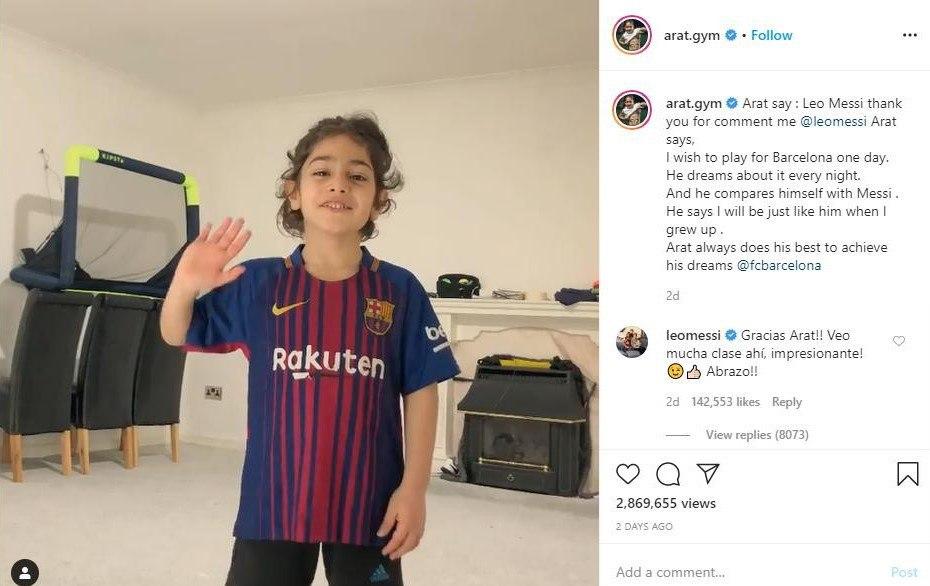 We are currently waiting for the next offers because many English clubs are interested in signing a deal with him. Even Arsenal invited us to take Arat there for at least three or four months, the father says.

“One day we even went to the Manchester United Academy. However, it is very important for Liverpool to keep Arat. After that, a Liverpool representative came to us and asked us to trust them and stay there.”

His father went on to say that Arat loves Barcelona. The Qataris have been sending lawyers trying to transfer Arat to Barcelona, but they did not succeed as it was prohibited by law. FIFA recently described Arat as a 5-year-old boy who will replace Messi.

“We are citizens of Iran and do not want to hold the citizenship of another country. It makes our job more difficult. I don’t want Arat to play for England or Spain in the future. We got a student visa; otherwise we could not be here because of the football contract. Liverpool FC, which is now hosting Arat at its academy, have said no one has the right to take pictures with this child.”

They even tasked several people not to allow anyone to take a picture with Arat so that they would not be in trouble. If the Iranian boy was not a well-known figure, we might not have had these problems, but Arat has become an international figure, he concluded.