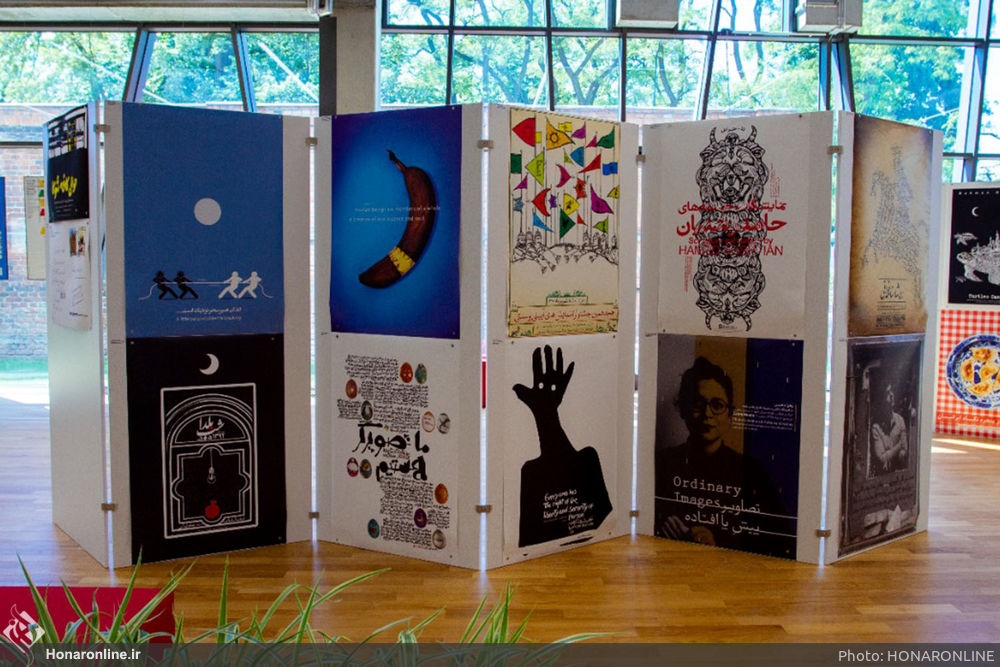 A poster exhibition showcasing works by Iranian graphic designers is underway in Poland on the sidelines of the 27th Warsaw Poster Biennial.

Designs by 80 Iranian artists containing works that have been created from 1975 to 2021 are on display. The event has been organized by Laden Rezaei and Iraj Mirza Alikhani, and Iran is the first country whose designers’ works have been exhibited at the Warsaw Biennial.

Mirza Alikhani told Honar Online the Iranian late famous graphist Morteza Momayez always had a lot of emphasis on two issues for graphic designers. One is to introduce Iranian graphics abroad and the other is to introduce Iranian graphics to the Iranian people themselves. Because even artists are uninformed about graphics, and managers and government officials are not familiar with graphics, and they turn to anyone but graphic designers for design works.

“In 2010, I was the judge at an international event in Peru, and there I suggested to a friend that we hold an exhibition of works by Iranian designers. This was very welcomed and I started collecting works by graphic designers. The Iranian Look exhibition was held there and was received warmly, and later a book was published about it. There, other people suggested that the exhibition be held in their countries as well, and thus the Iranian exhibition was held in three countries,” Alikhani added.

He further said the Warsaw Biennial is the largest and most important graphic event in the world.

“My works have been exhibited in several editions, and the works of my wife Laden Rezaei have been accepted and exhibited at the Biennial for several consecutive years. A few years ago, we were invited to give a lecture at a workshop at the Warsaw Biennial, and this was a very big and honorable event for Iranian graphics. We had a lecture on the capabilities of Persian calligraphy in symbol designing, which was very well received. In this way, our relationship with the biennial improved until we were invited to the Warsaw Biennial as honorary guests during this edition.”

“There are three groups of works in this event, all of which have already been successful or selected in an event. The first group are artists who live outside Tehran. The second group are young people who have just entered the field or are currently working. The third group that is more important to me are the masters of Iranian graphics, who are either deceased or perhaps do not have the ability and interest to work,” he stressed.

The “Iranian Look” exhibition along with the 27th International Biennial of Warsaw Poster will continue until August 12 at the Gallery of the Polish-Japanese Academy of Information Technology.