Last month, two Iranian women managed to reach the top of Mount Everest. Afsaneh Hesamifard and Elham Ramezani arrived at the peak on May 14 and 15, respectively, within a 30-day period.

Over the past years, many Iranian mountain climbers have successfully reached the top of Mount Everest, which sits in the Himalayan heights. But prior to May 2022, no Iranian women had not managed to get to the peak of the world’s highest mountain.

Afsaneh and Elham became the first Iranian women to have set foot on the top of Mount Everest. Afsaneh was the first to reach the destination and was followed by Elham a few days later.

Afsaneh Hesamifard: The first Iranian woman to climb to the top

Afsaneh Hesamifard, originally from Iran’s North Khorasan Province, finished climbing to the top on Saturday, May 14. She went to Damavand on April 6 and joined a week-long training camp there, before setting out for Everest. 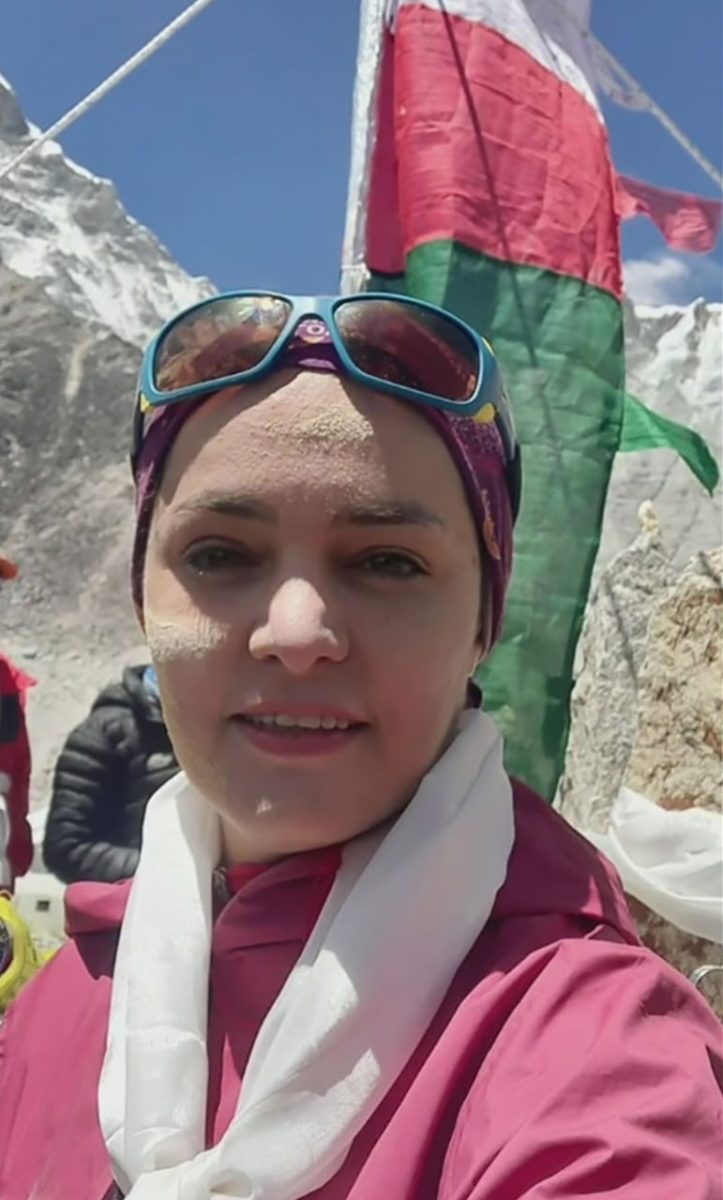 It normally takes 45 days for climbers to reach the top of Everest, a mountain with an elevation of 8,848 meters, which makes it the highest mountain above the sea level on the earth. It is located on the border between Nepal and China.

Hesamifard had reached the top of Nepal’s Mount Manaslu a year earlier. 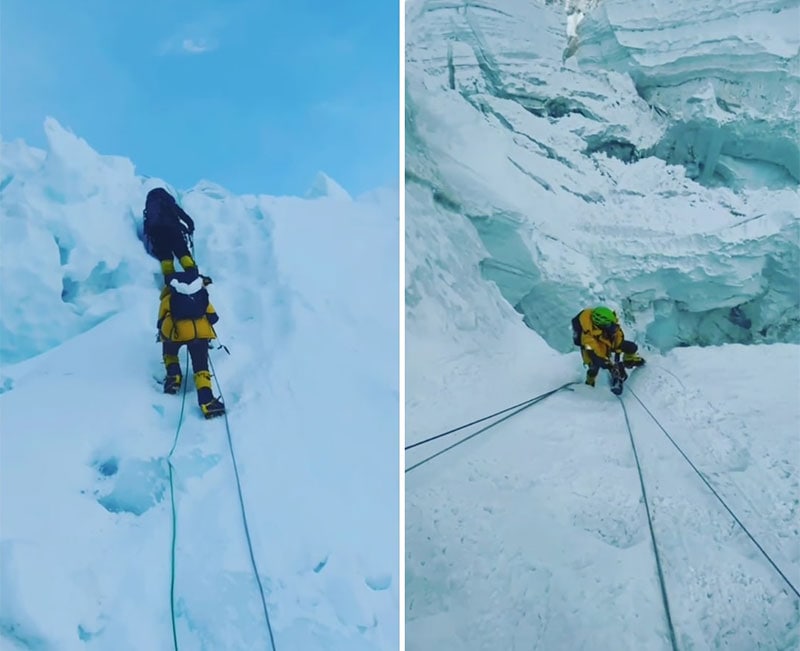 Elham Ramezani is a former member of Iran’s national squash team. She is known as the second Iranian woman who has succeeded in reaching the peak of Mount Everest this year. She announced via social media that she had reached the finish spot at 09:00 a.m. on May 15.

Here are excerpts of interviews with the two successful mountain climbers:

Why climbing to top of the world?

Afsaneh Hesamifard says, “Reaching the top of Everest is a big goal not just for me but for all professional mountain climbers. I think this is the greatest thing that can happen or the greatest dream that can come true in the lives of all climbers.”

Elham Ramezani also elaborated on her decision and said, “To tell you the truth, I used to be a member of the national squash team in the past. I suffered a severe injury in the knee and had to undergo surgery twice. That is why I had to part ways with squash, but it was difficult for me to stay away from sports. In those circumstances, I decided to define a goal for my sportive activities.”

“I would go to Mount Tochal in Tehran every week and later succeeded in reaching the top of Mount Damavand, Iran’s highest. After that, I promised myself that my next goal would be the world’s highest mountain, and thank God I achieved that objective.”

Reaching the top sooner than expected; how and why?

It usually takes between 45 to 60 days to arrive at the peak. The two Iranian women, however, accomplished the mission in around 30 days.

Commenting on that achievement, Afsaneh said, “My acclimatization process went smoothly and the weather window was suitable, allowing me to finish climbing in less than 30 days.”

Hesamifard and Ramezani were the first Iranian women to have climbed to the top of Mount Everest, a feat that drew much public attention. They have interesting opinions about the matter.

Hesamifard says, “My climbing plans would proceed very slowly and as I wished them to in recent years. I did different climbs in the world, but I never wanted to raise a hype and have my activities covered in the media.”

“I wasn’t on social media, but I learned that my Mount Everest climb has attracted so much attention and that I have been able to bring a smile to people’s faces. This is valuable to me and I hope this good feeling of the people will continue.”

“On social media, I got so many messages from people saying that they moved with me and sent me good thoughts. They said that with every step I took, they felt they were there for themselves. These really gave me good vibes to reach the Everest mountaintop.”

Elham Ramezani says of the public and media attention to her climb, “This was a completely personal goal for me. I set out to prove my capabilities to myself. Nevertheless, I felt really good after scaling Mount Everest and hoisting my country’s flag in the world’s highest spot. That’s why I’m dedicating this achievement to the dear people of my country.”

“I enjoyed every moment of this, and I was really excited. After all, I had practiced day and night for two whole years and was looking forward to that very moment. That’s why I tried to record everything with as many details as possible so I wouldn’t forget what I went through, in the future.”

How does it feel to stand on top of the world?

The two were asked, “How did it feel to stand on a place with an over 8,000-meter altitude?”

Asfaneh Hesamifard said, “It was the second time that I stood somewhere with an altitude of over 8,000 meters. Last autumn, I climbed to the top of Mount Manaslu, which is the world’s eighth highest mountain and is 8,163 meters high.

I already had the experience, but standing on the top of Everest felt different. It feels great to be at the peak of the world; a feeling of lightness and freedom! Reaching the peak of Everest is different from other climbs.”

Ramezani replied, “It was like dream. You may not believe but it felt like I was dreaming. I was constantly asking myself: Did I really make it? Then, I looked around and felt I was free and was flying.”