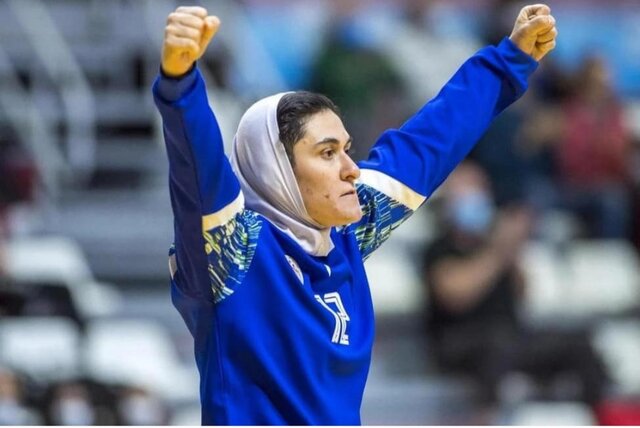 Iran’s goalkeeper Fatemeh Khalili has once more won the the title of the best player of the match in the President’s Cup of the IHF women world championships underway in Spain.

Khalili won the title despite the Iranian side suffering a 41 to 8 defeat against their powerful opponents from Angola.

Khalili had earlier also snatched the title in the face-off against Norway, the reigning European champions and one of the most decorated handball teams in history.

That was in the preliminary round group, where Iran was drawn to face Norway, Romania and Kazakhstan in Group C.

Iran failed to get into the main round contests after three defeats and is now competing in the President’s Cup for the 25th to 32nd spots.

In the President’s Cup, Iran is drawn in the same group with Angola, Uzbekistan and Cameroon.

Khalili’s teammate Elnaz Ghasemi also won the best player of the match title in the competition against Uzbekistan.

The competitions are part of the International Handball Federation’s Women’s World Championship 2021.