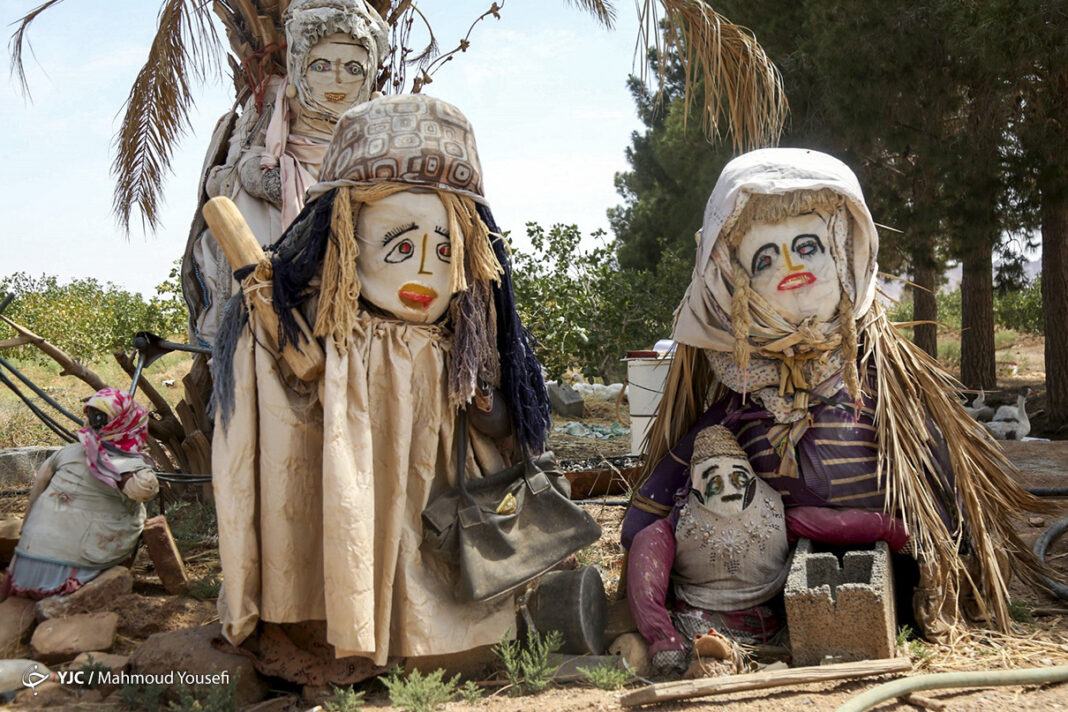 An Iranian woman has turned her farmland into an exhibition of dolls she makes for fun at the sixth decade of her life.

Khadijeh Abbasi, who lives alone in a village in Ardakan in Iran’s central Yazd province, has been making creative dolls, a work that is astonishing and unbelievable.

She is a 58-year-old woman who has been making dolls for five years with old clothes, scrap metal, and small pieces of other materials.

She is from the city of Ardakan, but has been living with her husband in one of the villages of Ardakan for eight years where she spends her time with geese, chickens and sheep.

They are the only ones who live on this farm. Khadijeh has been working on carpets since she was a child, and has woven many silk carpets on her own, but in the past few years, she has been making dolls.

“I had to create an entertainment for myself. So I started making dolls. The first doll I made was called Henna. I don’t make these dolls for sale. I even received orders to make dolls, but I did it for them free of charge. I will not take any money in return.”

Now Khadijeh’s house has turned into a doll farm, each with its own story. Following are the pictures of her dolls published by the Young Journalists’ Club: