A renowned Nigerian theatre director has hailed Iranian drama, saying that the country has the strongest theatre industry in the Middle East.

Om’Oba Jerry Adesewo, the founder, producer and artistic director of the Royal Theatre of Arojah, made the remarks after attending the 37th Fajr Theatre Festival.

He says he has realized the Iranians generally love theatre and have a good relation with it.

He has founded the Arojah Royal Theatre in Nigeria and works as a playwright, theatre producer, etc. Adesewo says he is trying to promote living standards in Nigeria.

He is a guest of the SHOWCASE section, or “The First National Showcase for Iranian Dramatic Arts” at the 37th Fajr International Theatre Festival.

Honar Online has conducted an interview with him about his experience of being in Iran and watching the Iranian works. Following you can find excerpts of this interview:

Q: Is this your first time in Iran?

A: Yes. I really wanted to see Iran and now I’ve been in this country since a few days ago.

Q: Have you ever seen an Iranian drama?

A: Yes, once in October, I saw a classic drama from Iran. They had come to our country at the invitation of the Nigerian embassy.

Q: What do you think of the works you have seen at the Fajr Theatre Festival so far, and how do you rate them?

A: The shows were very impressive. In general, if I want to comment, it seems to me that all in all everything was great. This is my first impression regarding Iranian theatre. I published a post on Instagram and wrote, “I think the Iranian theatre is one of the most influential ones in the Middle East.” As Iran is an Islamic country, I thought like some other countries in the region, the works would be censored very much, but I saw the actors could work in the spaces they want. On the other hand, I thought the crowds were due to the theatre festival, but I noticed that Iranians generally like theatre and have a good relation with it.

Q: Does a drama in the Showcase section attract your attention?

A: Many works attracted me. A drama directed by Kamelia Ghazali called “I’m a woman, do you hear me?” as well as the work of Ali Shams were among the shows I really liked. “Don Quixote” was also very persuasive. I have a lot of candidates in my mind and there are many theatres I like to choose.

Q: What do you think of Fajr International Theatre Festival which is the biggest theatre event in Iran?

A: It’s very good, but there’s always room for improvement. My problem is that I cannot understand the language. Honestly, things were really impressive, and if we do not consider the problem of language, the rest was satisfying. Theatre as a means of communication helps the world know the people of Iran and their culture. This is even more influential than reading an article.

The 37th Fajr International Theatre Festival ran from February 11 through 22. This edition was held in 11 sections including stage theatre, street theatre and other types of performances, theatre of nations, provincial performances, forty years of the Islamic Revolution, playwriting competitions, photo and poster exhibitions, workshops and specialized meetings. 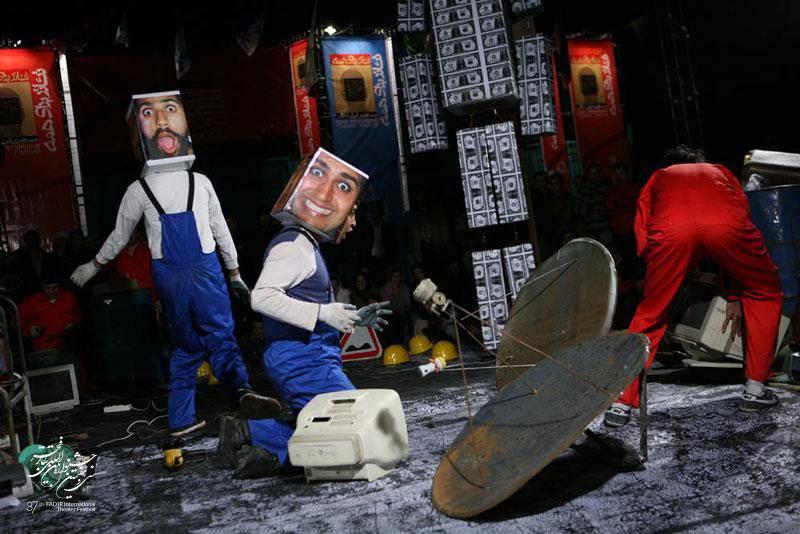