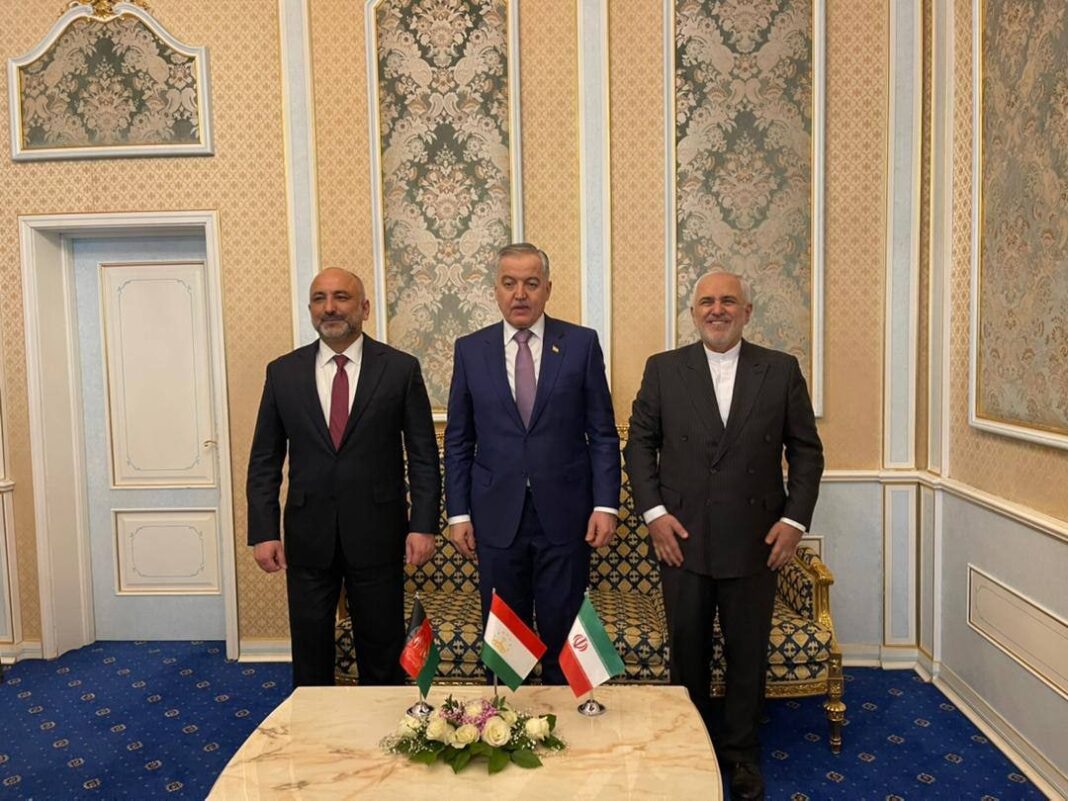 The foreign ministers of Iran, Tajikistan and Afghanistan met on the sidelines of the Heart of Asia – Istanbul Process conference in the Tajik capital, Dushanbe.

Foreign Minister Zarif said Tehran attaches great significance to trilateral collaboration with Kabul and Dushanbe to establish convergence and stability in the region, and expressed Iran’s readiness to start cultural cooperation within the framework of an operational program.

The top Tajik diplomat, in turn, paid tribute to Iran’s rich culture, saying the cultural commonalities between Iran, Tajikistan and Afghanistan are a prime example of regional convergence.
The Tajik foreign minister referred to the traditional Nowruz festival, and proposed that joint cultural programs be defined to be run by the three countries.

For his part, the Afghan foreign minister said it’s valuable that the three countries share common views about regional issues, and expressed Kabul’s preparedness to pursue economic, cultural, and political collaborations between the three countries based on a single operational roadmap.