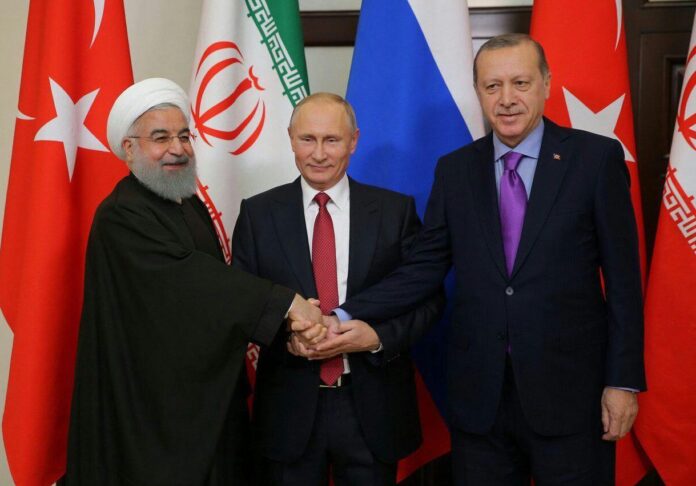 An Iranian official says the presidents of Iran, Russia and Turkey are to discuss the Syria crisis in a meeting in Moscow, soon.

Hossein Jaberi Ansari, a special assistant to Iran’s foreign minister, said the three-way meeting will come to discuss regional issues and coordinate the policies and actions of the three countries.

“The rapid pace of developments and cooperation between Iran and Russia has made it all the more necessary for visits and exchanges of delegations between the two countries,” said the official, who is on a visit to Moscow.

“Iran, Russia and Turkey will sit down for talks as part of Astana negotiations in a couple of months,” he noted.

Several rounds of talks have so far been held in Astana to discuss key issues in the Arab world, especially ways of achieving peace in Syria.

Jaberi Ansari also pointed to his own visit to Russia, and said he will sit down with Russian Deputy Foreign Ministers Sergey Vershinin and Mikhail Bogdanov as well as the Russian president’s special envoy for Syria Alexander Lavrentiev. He said he might also meet other Russian security and military officials during his trip.

“During this trip, the agenda of the talks revolve around the latest developments in Syria and the Arab world as well as relevant international developments,” he said.