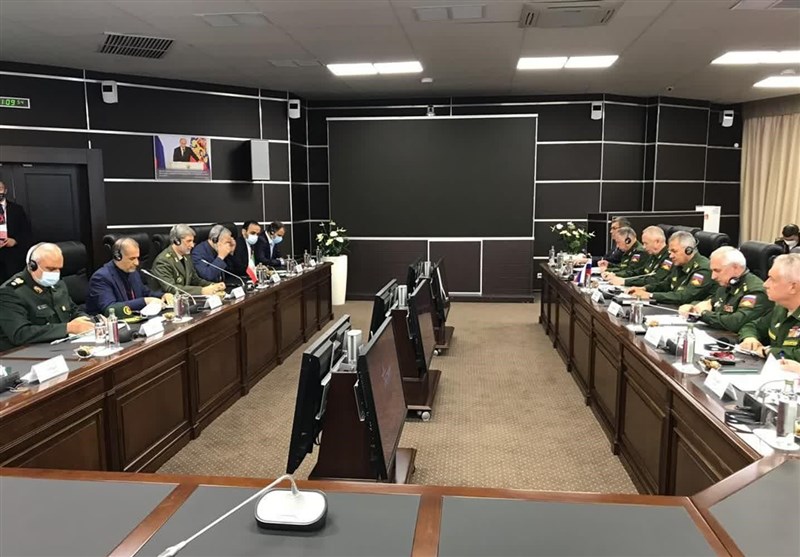 The common strategy adopted by Iran and Russia is contributing to regional peace and security in defiance of the US’ unilateral policies, Iranian Defence Minister Brigadier General Amir Hatami said.

In a meeting with his Russian counterpart Sergey Shoygu on Sunday, the Iranian defence minister said it is inevitably necessary for Tehran and Moscow to promote cooperation considering the constant threats to the two countries.

Praising the Russian government for the positive and constructive policies it has adopted over the past recent months, particularly its opposition to a US-initiated resolution against Iran at the United Nations Security Council, General Hatami expressed confidence that the common strategy that Tehran and Moscow have adopted to resolve regional problems would bring about peace, stability and security in the region irrespective of the US’ unilateral policies.

“The Islamic Republic of Iran and Russia have in recent years launched targeted and common efforts to counter the US and the Trump administration’s unilateralism and bullying policy in the region,” the Iranian general added.

He also pointed to the “big defeat” the US and its regional allies suffered recently after the UN Security Council rejected an American proposal for the extension of an arms embargo on Iran, saying the strong opposition from the JCPOA parties to the US’ bid for triggering the snapback mechanism has dealt another blow to American excessive demands.

For his part, the Russian defence minister said Russia and Iran have common goals and interests in the regional and international arenas.

Highlighting the promising prospect of defence and security cooperation between Iran and Russia, Shoygu called for the expansion of regional cooperation to ensure peace and stability.