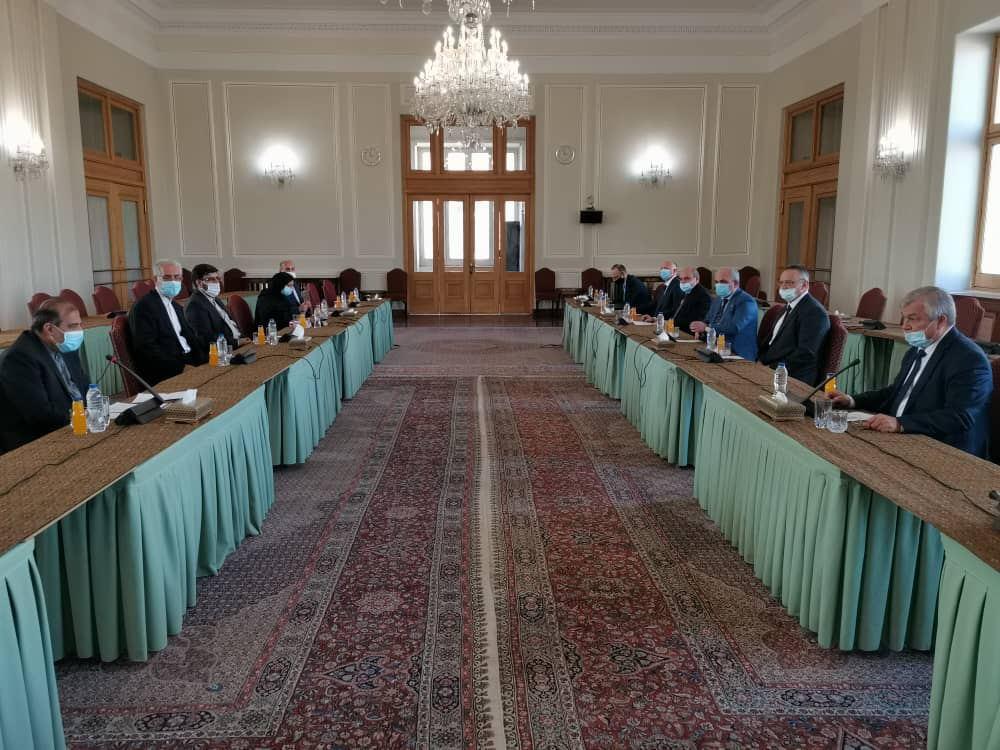 Ranking diplomats from Iran and Russia met in Tehran on Wednesday for talks on the latest developments in Syria.

Russian president’s special envoy for Syria, Alexander Lavrentiev, who is heading a high-ranking political and military delegation in a visit to Tehran, held a meeting with Ali-Asghar Khaji, a senior assistant to Iran’s Foreign Minister in special political affairs.

In the gathering, the two sides discussed the latest developments in Syria, including the political process, the Constitutional Committee, the on-the-ground situation, particularly the situation in Idlib, and the initiatives developed by Iran and Russia for helping improve the economic and humanitarian situation in Syria.

Highlighting the positive results of cooperation between Russia and Iran in Syria – such as bilateral interaction and the cooperation within the framework of the Astana Process – Lavrentiev stressed the need to continue and strengthen consultations and cooperation between the two countries at various political and on-the-field levels.

The Russian envoy also welcomed the progress achieved in the meetings of the Syrian Constitutional Committee, expressing hope that that committee would be able to press on with its activities until the achievement of a final result.

Describing the return of Syrian refugees as a humanitarian issue, Lavrentiev deplored the obstructive measures of certain countries in carrying out the humanitarian plan.

The Iranian official also emphasized that the Islamic Republic’s principled policy is based on supporting the progress of activities of the Constitutional Committee without foreign interference and building trust among the committee members.

Khaji finally touched on the strategic cooperation between Iran and Russia in Syria at the field and political levels, and welcomed the promotion of cooperation, particularly in the humanitarian issues and the restoration of peace and calm to Syria.