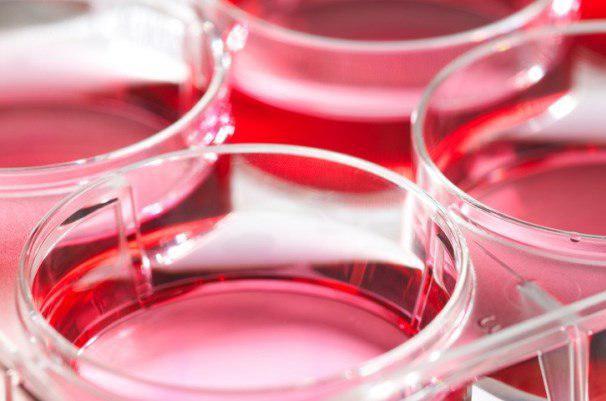 A group of Iranian scientists at the Royan Research Institute and Iran University of Medical Sciences have designed a method that uses stem cells to treat liver diseases.

Mesenchymal stem cells produce secretory vesicles and release them to their environment. Studies have shown that these vesicles have therapeutic effects on other cells.

Due to the tendency of the liver cells to absorb these secretory vesicles, they are widely used to treat liver diseases or to transfer drugs to the liver.

However, rapid destruction of these vesicles in the extracellular environment reduces their effect on the liver.

To overcome this problem, Iranian researchers at Royan Research Institute and Iran University of Medical Sciences designed a method in which polyethylene glycol was combined with the secretory vesicles of mesenchymal cells so that the vesicles were encapsulated in polyethylene glycol.

Thus, with the gradual degradation of the encapsulated polymer, the vesicles were released gradually over a month.

Four weeks after injection of the vesicles to the animal suffering from liver fibrosis, the liver of the animal was removed and examined through laboratory methods.

The results of the study, published in the international journal “ACS Applied Materials & Interfaces” showed that the use of polymer-encapsulated secretory vesicles improves the hepatic status of the animal compared to the conventional method.

Using this new method improved the anti-fibrotic, anti-inflammatory, anti-apoptotic, and liver regeneration effect by secretory vesicles of mesenchymal stem cells by 40 to 50%.

The results showed that MSCs could be used as an effective treatment for liver lesions.

Also, the use of encapsulation of these vesicles in the polymer has been introduced as a method to effectively use them in therapeutic processes.