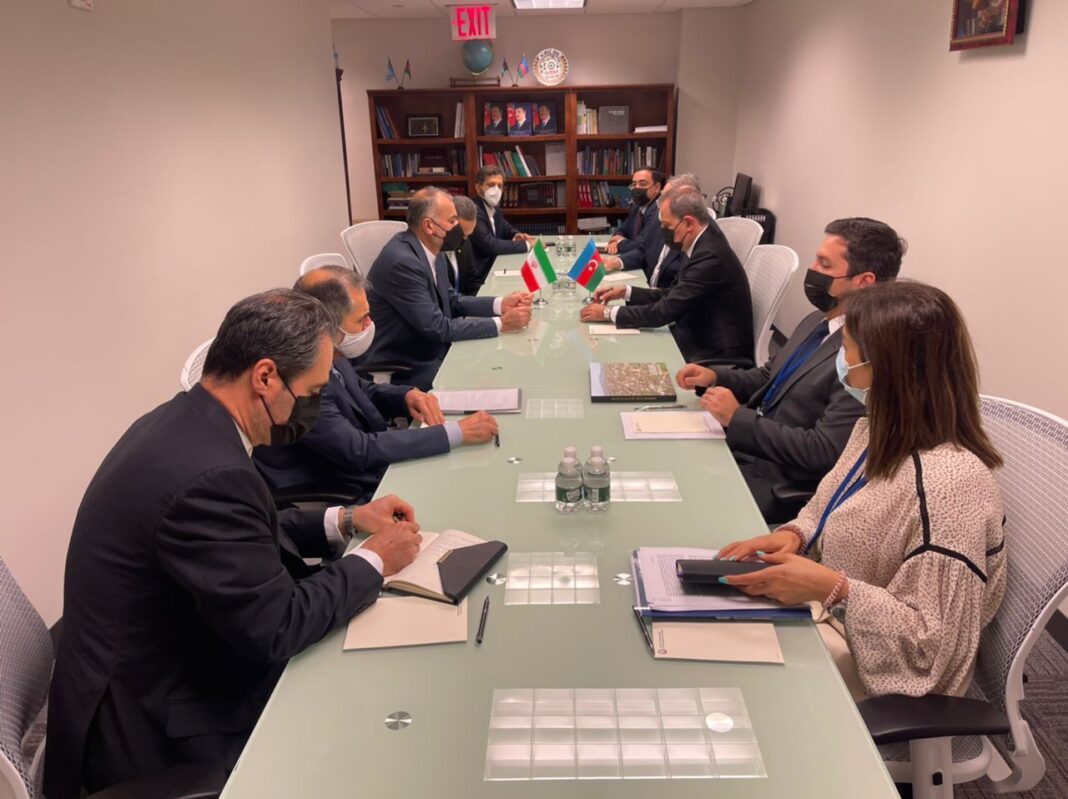 The Iranian foreign minister says Tehran is ready to contribute to the reconstruction of the liberated areas of of the Nagorno-Karabakh region.

Hossein Amirabdollahian called the reconstruction of the liberated areas a ground for extensive cooperation between the two countries.

The Iranian Foreign Minister continued his Thursday meetings on the sidelines of the UN General Assembly and discussed bilateral relations with Jeyhun Bayramov, the foreign minister of Azerbaijan Republic.

At the beginning of the meeting, the Azeri foreign minister welcomed the holding of a three-way meeting between Iran, Turkey and the Republic of Azerbaijan in Tehran.

Bayramov described the relations between the two countries as having very positive dynamics and going in the right direction. He also thanked Iran for its support for the territorial integrity of the Republic of Azerbaijan. Emphasizing his country’s readiness to cooperate with the Islamic Republic of Iran in all fields, including political, economic, trade and cultural spheres, the Azeri foreign minister said that on behalf of the Republic of Azerbaijan, Shahin Mustafayev is ready to contact his Iranian counterpart within the two countries’ joint commission. He also said the Azerbaijan Republic is ready to pursue joint projects in the Caspian Sea with Iran, calling for regular interactions and consultations at various levels.

The Iranian foreign minister also said relations between Iran and the Republic of Azerbaijan are highly important and expressed hope that the previous agreements would be implemented. Amirabdollahian noted that the new Iranian government has given special priority to relations with neighbors.

The Iranian foreign minister also noted that important projects and cooperation in various fields such as electricity, gas, dam construction, trade and transit, including the Astara railway terminal and cooperation between the private and public sectors of Iran and Azerbaijan Republic have been defined and will be pursued by the two sides.

He also stressed that some third parties should not be allowed to affect the good relations between the two countries.

The foreign minister further discussed with his Azerbaijani counterpart the facilitation of transit and traffic of Iranian trucks, as well as some consular issues, including two Iranian drivers detained by the Azerbaijani police. The two top diplomats agreed to resolve this issue through contacts between the two sides.