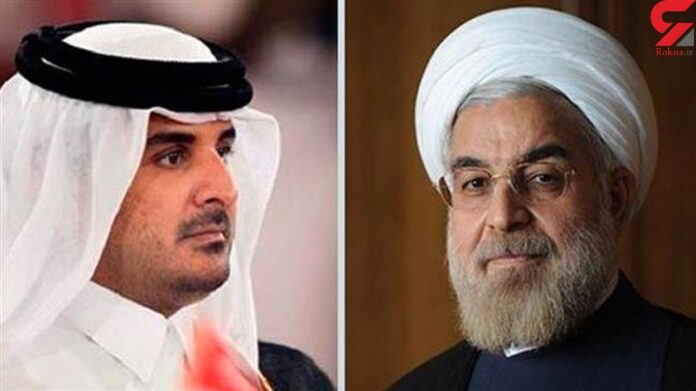 In his message, President Rouhani touched upon agreements previously signed by the two countries, especially the ones reached last year during a visit to Tehran by the Qatari emir.

Rouhani said Tehran stands ready to implement all those agreements.
During his meeting with the Qatari head of state, Ardakanian, who is also the chairman of the Iran-Qatar Joint Economic Commission, thanked Doha for sending medicines to Iran to help counter the spread of COVID-19.

The Qatari emir, in turn, expressed his gratitude for President Rouhani’s message.
He said his country regards Iran as its strategic partner, adding Tehran-Doha cooperation is of great significance to Qatar. He expressed hope mutual relations will expand every year.

During his trip to Qatar, the Iranian minister is to meet several other senior Qatari officials as well as private sector authorities interested in closer economic ties between the two sides.