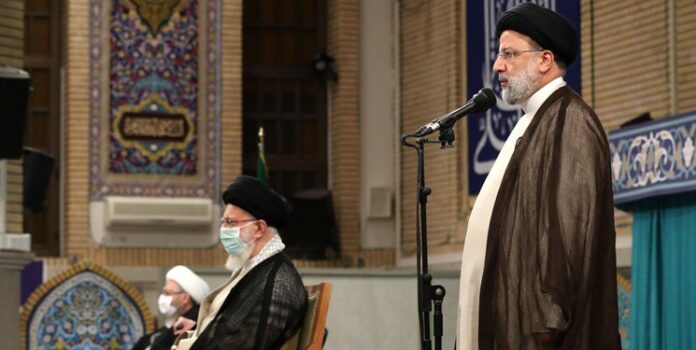 Iranian President Ebrahim Raeisi has said the US and Europe are facing a crisis in decision-making regarding Iran’s nuclear talks.

Raeisi was speaking during a Sunday meeting with the Leader of Iran’s Islamic Revolution in the presence of some other government officials and foreign guests on the occasion of the Islamic Unity Week in Tehran.

He said Iran is sticking by its obligations regarding the nuclear deal and the talks aimed at reviving it. The president added that Tehran will not tie its economy to the negotiations.

Raeisi noted that the Islamic Republic’s foreign policy is based on interaction with the international community, particularly with neighboring countries.

Elsewhere in his comments, the Iranian president said the Covid pandemic and the supply of basic goods for citizens are two major concerns for his administration.

Raeisi said, “With the large-scale vaccination campaign, the government has taken a long stride in protecting people’s health and the provision of basic goods has dispelled worries”.