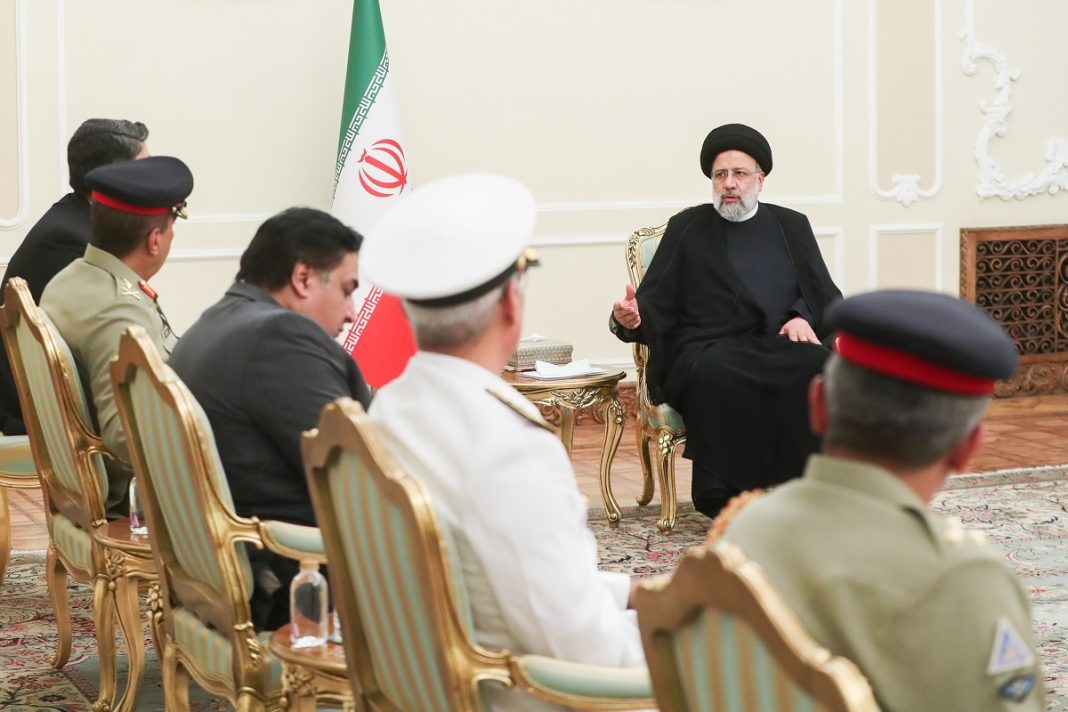 Iranian President Ebrahim Raisi has said NATO’s occupation brought nothing to Afghanistan but death and destruction. He made the comment in a meeting with Chairman of the Joint Chiefs of Staff Committee of Pakistan General Nadeem Raza in Tehran.

Raisi said it is necessary that the Taliban rulers of Afghanistan form an inclusive government in which all ethnic groups and political factions of the country participate in order to pave the way for peace and development there.

Raisi also thanked the Pakistani government and military for their cooperation in beefing up security along the border of the two countries.

He said good ties between the Iranian and Pakistani militaries have improved security along the border.

Nadeem Raza also said in the meeting, “I have always believed that Iran is Pakistan’s close friend.”

He added that the numerous visits by Pakistani officials to Iran over the past month is proof of Islamabad’s willingness to expand relations with Tehran.