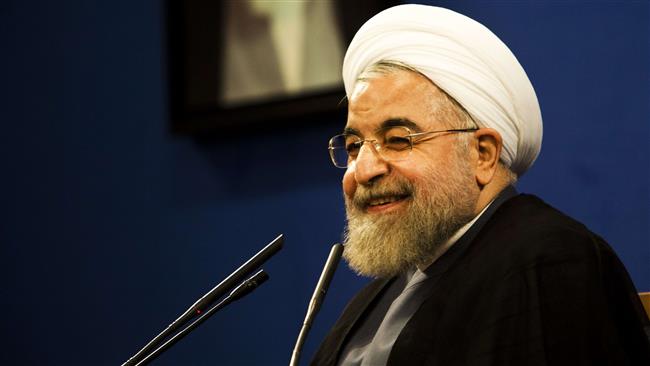 Iran’s President Hassan Rouhani is in Russia to participate in two major summits of BRICS and the Shanghai Cooperation Organization (SCO).

The president arrived in the Russian city of Ufa, the venue of the events, on Wednesday night.

On the first day of his two-day visit, which comes at the invitation of Russian President Vladimir Putin, Rouhani will take part in the summit of BRICS which groups Brazil, Russia, India, China and South Africa.

The Iranian president is also scheduled to address the SCO summit as a keynote speaker on the second day of his trip.

Rouhani will also exchange views with heads of SCO and BRICS member states.

Russian Presidential Aide Yuri Ushakov said Tuesday that Putin and Rouhani will hold talks on July 9 on the ongoing nuclear talks between Iran and the P5+1 countries over Tehran’s nuclear program.

Iran and the P5+1 countries – the United States, Britain, France, Russia and China plus Germany – have been engaged in crucial talks in the Austrian capital, Vienna, to reach a deal over Tehran’s nuclear program.

“Various matters of purely bilateral cooperation in trade, economy, and the military-technical field will of course be discussed,” Ushakov added.

Rouhani has been invited to the BRICS summit as a special guest while he will have an observer seat at the subsequent summit of the SCO. The organization is awaiting the lifting of sanctions on Iran to accept it as a full-fledged member.

BRICS accounts for almost half of the world’s population and about one-fifth of the global economic output. Iran has always supported the group’s rising influence in the global economy, looking for an opportunity to join the five-nation bloc.