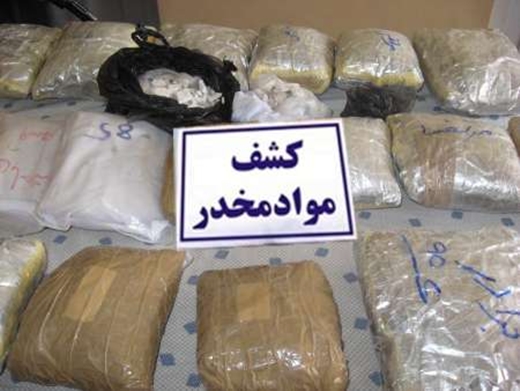 Iranian anti-narcotics police have managed to seize 910 kilograms of opium in the southeastern province of Sistan and Baluchestan, the provincial police chief said on Saturday.

Speaking to reporters in Zahedan, the province’s capital, Brigadier General Hossein Rahimi said that, after receiving information about a major drug ring in the city of Iranshahr involved in smuggling various kinds of illicit drugs, specialized police forces were deployed to deal with the smugglers.

In an operation on Friday night, the forces managed to detect two vehicles belonging to the smugglers and chased them near Iranshahr, he said.

After a while, the traffickers started shooting at police, the commander said, adding that they soon fled the scene after realizing they could not confront the forces.

General Rahimi went on to say that 910 kg of opium were seized from the smugglers’ vehicles in the operation.