Iranian People Pour into Streets to Back Islamic Establishment 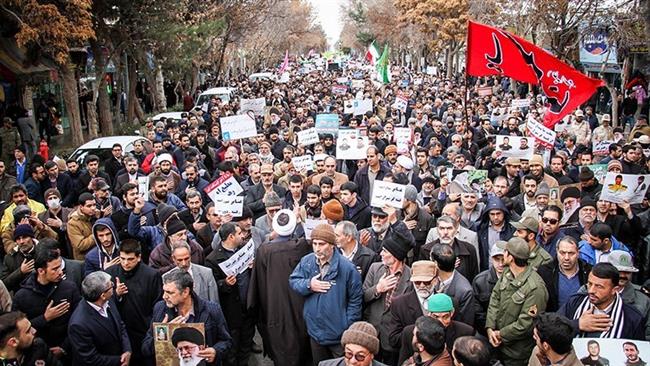 Iranians from all walks of life have taken to the streets of several cities to renew their allegiance to the Islamic establishment and condemn the recent wave of deadly violence in some areas.

Holding banners and national flags, the demonstrators have chanted pro-government slogans during the mass rallies which were held in different towns and cities, including Ahvaz, Kermanshah, Bushehr, Abadan, Gorgan and Qom.

Last week, a number of peaceful protests over economic grievances started in several cities, but those gatherings suspiciously changed color and turned ugly when groups of participants, some of them armed, launched attacks on public property, police stations and religious sites.

Over a dozen people have been killed in the ensuing violence, according to state media reports.

The participants further shouted slogans against the United States and the Israeli regime, which welcomed the turmoil and voiced support for the riots. 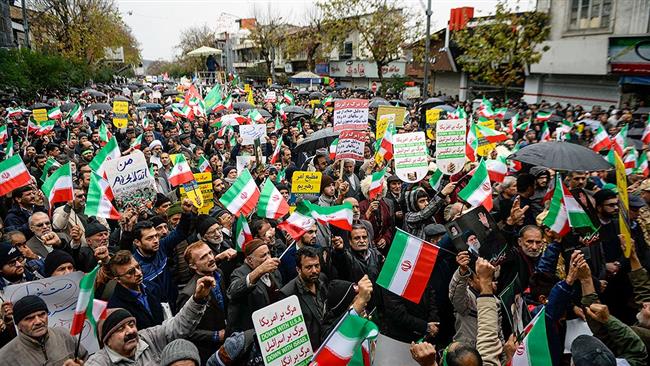 US President Donald Trump has angered Iranians by repeatedly posting insulting tweet against the nation in recent days.

Iranian authorities have taken turns to censure Washington and its allies for interfering in the domestic affairs of the country.

Leader of the Islamic Revolution Ayatollah Seyyed Ali Khamenei said on Tuesday that enemies have been using various tools to deal blows to the Iranian nation and the Islamic establishment during the latest developments.

President Hassan Rouhani has said people are completely free to express their criticism of the government or stage protests according to the Constitution and citizenship rights, but the manner of expressing criticism should be constructive and help improve domestic conditions.

Foreign Minister Mohammad Javad Zarif also said the Islamic Republic’s security and stability depend on its own people, and that “infiltrators” will not be permitted to violate the rights of  Iranians. 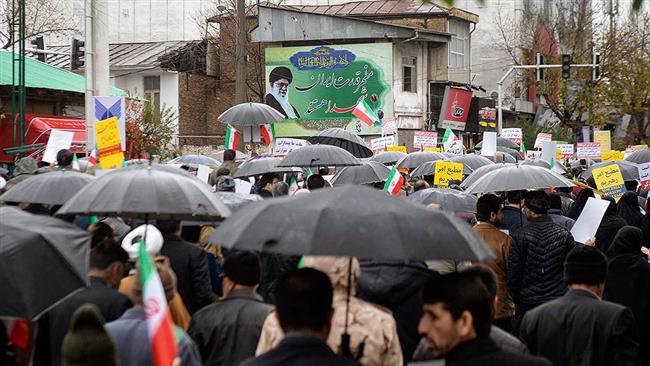