Each year in Ramadan Muslim people across the world mark the ‘Night of Destiny’ or ‘Laylat al-Qadr’ when the holy Qur’an was first revealed to the Muslim Prophet Muhammad (PBUH).

Muslims believe Ramadan is an auspicious month for the revelations of God to humankind.

‘Laylat al-Qadr’ in Ramadan is believed to be the night when first verses of Qur’an were revealed to the Prophet Muhammad (PBUH): “Read! In the Name of your Lord, Who has created (all that exists),” Qur’an, Surat Al-Alaq.

It is also believed to be the night when God decides the destiny of everyone for the coming year. Muslims believe Laylat al-Qadr is a good time to ask for forgiveness.

During the ‘Night of Destiny’ or ‘Night of Power’ the angels and the Spirit descend therein, by God’s permission, to carry out every command.

While the exact date of the great night has not been mentioned, most scholars believe it falls on one of the odd-numbered nights of the final ten days of Ramadan, including the 19th, 21st, 23rd, 25th, or 27th days of Ramadan.

Ramadan, the ninth month of the lunar Islamic calendar, is the time to focus on self-reformation and prayer. Muslims throughout the world spend the nights worshipping God.

They recite the holy book of Qur’an more, hold vigils until dawn in prayers and supplications and ask God to forgive their sins. Muslims on this night have also special wishes and prayers.

Laylat al-Qadr has double significance for Shia Muslims as the night of the 21st of Ramadan marks the anniversary of the martyrdom of the first Shia Imam, Ali Ibn-Abi Taleb (PBUH).

Shia Muslims mourn the martyrdom anniversary of Imam Ali from the 19th of Ramadan, marking the day he was wounded and the day of his martyrdom, two days later.

What follows are IRNA and Mehr News Agency’s photos of Laylat al-Qadr ceremony held in various parts of Iran: 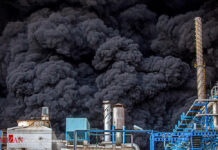