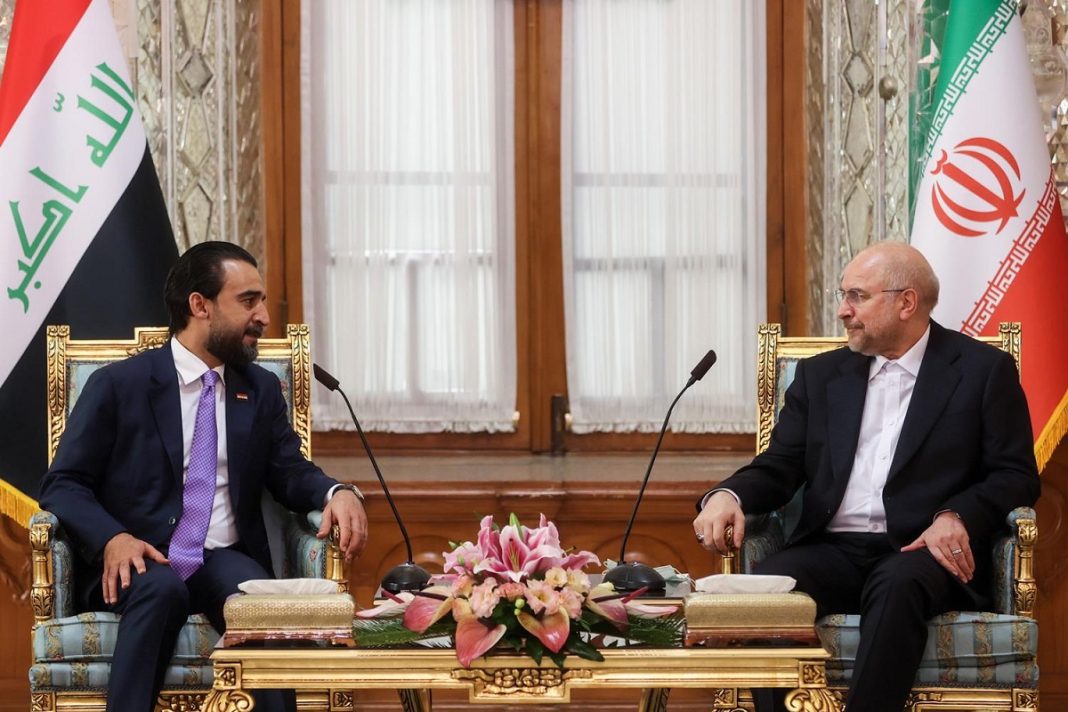 “We hope that a strong Iran and a strong Iraq will always be by each other’s side… because Iran and Iraq have an important role to play in regional, political, security, and economic affairs and in the strengthening of Islamic states,” Qalibaf told a visiting Speaker of Iraq’s Parliament Mohammed al-Halbousi on Wednesday.

Qalibaf said strong bilateral ties between Iran and Iraq would be effective on both the regional and global scales.

Al-Halbousi similarly emphasized mutual relations and said Baghdad was engaged in “proxy diplomacy” to bring regional nations together, a reference to its hosting of talks between Iran and Saudi Arabia, which have severed their diplomatic ties.

He also said regional countries had to take common positions in international organizations “because we have common challenges, and peace and stability have to return to the region.”

The Iraqi parliament speaker said armed groups should not be allowed to terrorize nations or to act against states.

This is al-Halbousi’s second trip to Iran as the speaker of the Iraqi parliament.