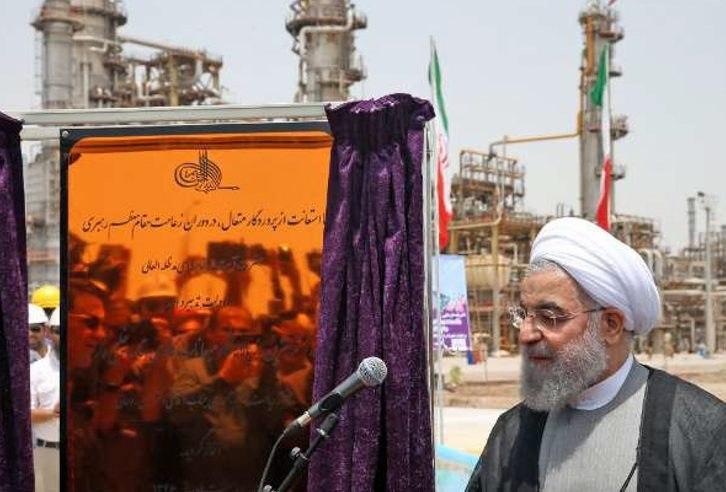 A number of the Iranian oil experts have reacted to recent comments by President Rouhani about the vital role of the nuclear deal in the completion of domestic oil projects, saying that he has overstated the impact of the JCPOA and imparted incorrect information

Recent remarks by the Iranian presidential candidate, Hassan Rouhani, about the indispensable role of the nuclear deal between Tehran and world powers in making it possible to import compressors for domestic oil projects and, thus, the completion of these plans, have provoked strong reaction of the country’s oil experts.

According to a Farsi report by the Javan Online news website, these experts in a statement accused the candidate of overstating the impact of the deal and downgrading domestic capabilities and products.

They maintain that Rouhani, who is Iran’s incumbent president, has provided people with incorrect information about the role of the JCPOA in the implementation of the oil projects

In their statement, in addition to revealing the truth about the real impact of the nuclear deal on the completion of the oil plans, they invited him to take a tour of the domestic capabilities and products to gain further knowledge about them.

In his live presidential debates and recent election speeches, Rouhani has said in case the JCPOA had not gone into effect, Iran would have failed to complete development of any of the phases of the Persian Gulf Star Refinery in the southern Iranian province of Hormozgan, as due to Western sanctions, the country could not import the refinery’s needed compressors.