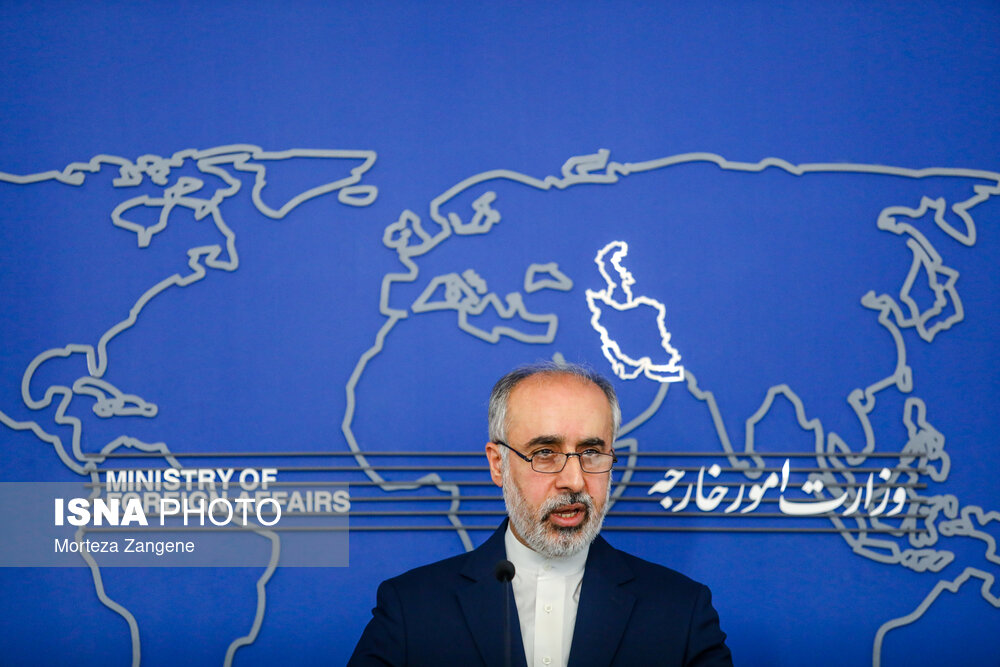 A spokesman for the Iranian Foreign Ministry says the UK government is supporting an anti-Iran “war room” by offering support for a London-based Saudi-owned television network.

Nasser Kanaani said in a tweet on Thursday that British Foreign Secretary James Cleverly is supporting a “war room against the Iranian nation” by voicing support for Iran International, a Saudi-owned television network that broadcasts in Persian and is headquartered in London.

Earlier, in an interview with the also Saudi-owned Asharq Al-Awsat, Cleverly had said that security measures outside the headquarters of Iran International in London were meant “to send a message to people that they should feel safe and secure in the UK.”

“It is incredibly important that people feel able to speak openly and honestly about what is going on in Iran,” Cleverly had said.

The measures were put in place days after Iran International said two of its employees had been notified by the Metropolitan Police of a “credible threat” to their lives. Israel’s Kan public broadcaster later said the Israeli Mossad had tipped off the MI5 about the purported threats.

Iran has been beset by protests and deadly riots since September 16, when a 22-year-old Iranian woman, Mahsa Amini, died in the custody of Iran’s morality police. Iran International has since focused on the protests, often formulating its reporting in terms that are perceived to be openly provocative.

Iran has designated the Saud-funded TV channel as a terror organization.
Kanaani, the Iranian spokesman, added that Iran International was promoting “terror, violence, and unrest” in Iran.

“The foreign secretary of a regime that hosts and supports a channel that openly promotes terror, violence, and unrest against the nation and national security of Iran claims ‘we take the importance of open and honest journalism really seriously,’” Kanaani said.

“Mr. Secretary, with these bogus slogans, you are officially supporting a war room against the Iranian nation,” said the Iranian official.