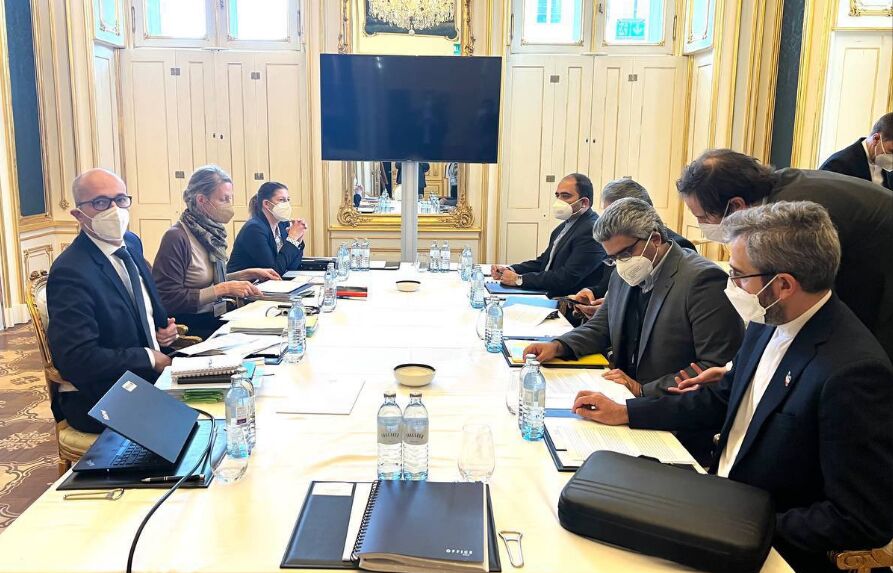 Iran’s negotiating team in the Vienna talks has held a meeting with the delegations of the European troika in Vienna as the 8th round of negotiations resumes with the aim of removing sanctions against the Islamic Republic.

Iran’s chief nuclear negotiator Ali Bagheri headed the Iranian team in the meeting. Some experts were also in attendance. Bagheri, who arrived in the Austrian capital Monday morning, met last night for the first time with representatives of the European Union and three European countries.

At the same time, expert meetings on various topics continued.

Meanwhile, Russia’s envoy to international organizations in Vienna said on his Twitter account that Russian and US delegations were meeting to discuss the situation surrounding the talks to revive the Iran nuclear deal, JCPOA.

Mikhail Ulyanov said, “We reviewed the situation of the Vienna talks with a focus on outstanding issues”.

He added that at the current advanced stage of the negotiations, this is being done in other formats as well in reference to expert talks between Iran and the P4+1. The 8th round of talks on lifting the sanctions on Iran began Monday, December 27, 2021, and the negotiating teams say the talks have made progress.