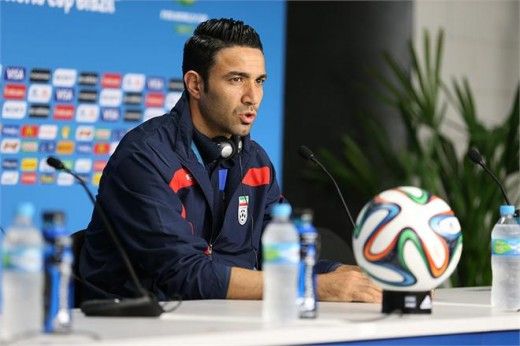 Nekounam has three days to appear in court to answer questions about the libel charge brought against him by his former coach.

The Islamic Republic News Agency (IRNA) on August 19, 2014 quoted the vice-president of Tehran’s Esteghlal Cultural and Athletic Club as saying that the national soccer team captain Javad Nekounam has been summoned to court. The following is an excerpt of the report the official news agency filed on the issue:

Javad Nekounam, a former player of the capital’s blue-clad team who has made allegations against Amir Ghalenoei, the head coach of Esteghlal Football Club, has been summoned to court after the latter filed a formal complaint against Nekounam for slander.

In an interview with IRNA, Mohsen Bozorgi, the vice-president for legal affairs at Tehran’s Esteghlal Cultural and Athletic Club, said the football federation has been informed of the citation which gives Nekounam three days to appear in the courthouses that exclusively hears cultural and media-related cases in order to answer some questions.

“Ghalenoei seeks to file libel charges against a sports newspaper and Hossein Kaabi, another national team player, in the days to come,” Bozorgi said. […]