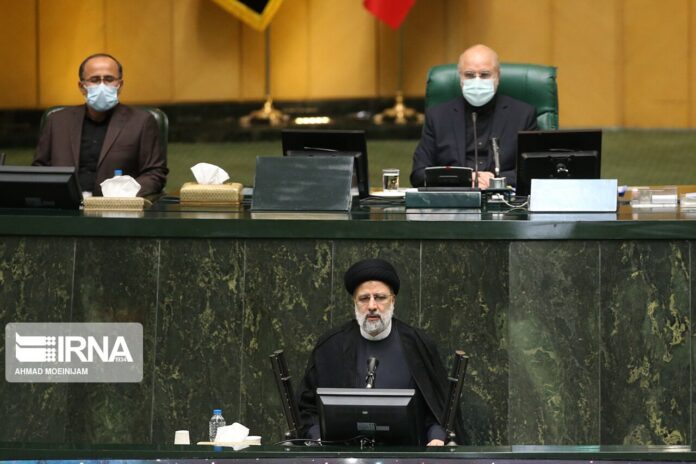 Iranian lawmakers have begun reviewing the qualifications of the proposed ministers nominated by President Ebrahim Raisi.

Addressing the legislators, the president underlined that his administration is following a multipronged approach in order to improve the country.

“The reform program pursued by the administration forms the centerpiece of the proposed ministers’ agenda,” said Raeisi in a speech on parliament floor before the MPs began reviewing the credentials of his nominated ministers.

“The program is based on five pivotal points. First, a statement on the second step of the Islamic Revolution; second, improving Islamic and Iranian culture; third, pursuing economic resilience; fourth, improving the livelihoods of people, especially low-income families; fifth, promoting international relations based on national interests,” he noted.

Raisi added justice and progress are the central plank of all the programs offered by the nominated ministers.

“We should be justice-oriented both in distributing resources and opportunities and in spotting, cultivating and building on talents,” he underscored.

“Moreover, we should be justice-oriented when it comes to meritocracy and shattering the cliques of power and wealth,” Raisi said.

He noted justice should prevail in order to ensure the rights of all people.

The president said his administration aims to present solutions and strategies to tackle the existing challenges.

He added his top priority is to tackle the coronavirus pandemic and spur the economy.

“Expediting public vaccination and implementing health protocols and improving medical treatment are the priorities that the administration urgently pursues when it comes to COVID-19,” he said.

Raeisi underlined the executive branch is planning to pursue its programs in cooperation with the legislative and judicial powers.

He said his administration plans to give a bigger role to people in society.

Raisi won Iran’s presidential election by a landslide and was sworn into office before introducing his proposed ministers to Parliament.